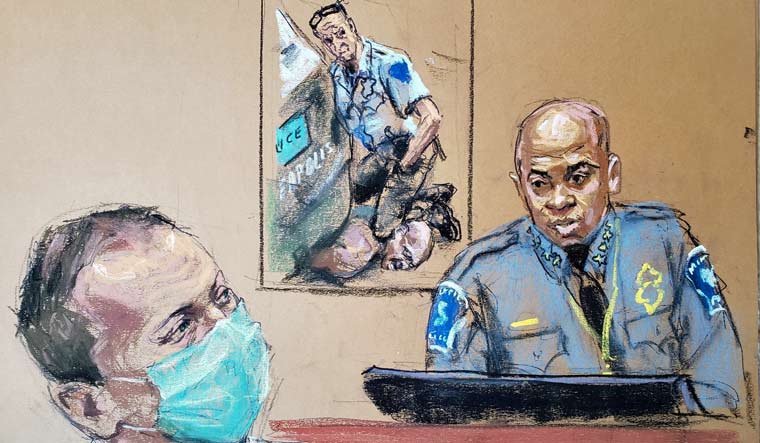 Arradondo, the city's first Black chief, fired Chauvin and three other officers the day after Floyd's death last May, and called it murder in June, an AP report reads.

Some of the most experienced police officials in the Minneapolis department have in their testimony condemned Chauvin's treatment of Floyd.

Arradondo further said that he felt the pressure on Floyd's neck wasn't light to moderate and Chauvin failed in duty to render first aid before the ambulance arrived. Chauvin has denied charges of second-degree murder, third-degree murder and second-degree manslaughter.

Dr Bradford Wankhede Langenfeld, who pronounced Floyd dead 30 minutes after he was brought to the Hennepin Country Medical Centre, said he wasn't told of any efforts at the scene by bystanders or police to resuscitate Floyd. Langenfeld said Floyd's cardiac arrest was caused by asphyxia or insufficient oxygen, rather than drug use and an underlying heart condition as contended by Chauvin's defence.

An autopsy report listed intoxication by fentanyl and recent methamphetamine use under other significant conditions but not under the cause of death. When Floyd was detained and being forced into the police car, he resisted and said he was claustrophobic.