10 in Iran indicted over fatal shootdown of Ukraine plane

Iran blamed the crash on a misaligned radar 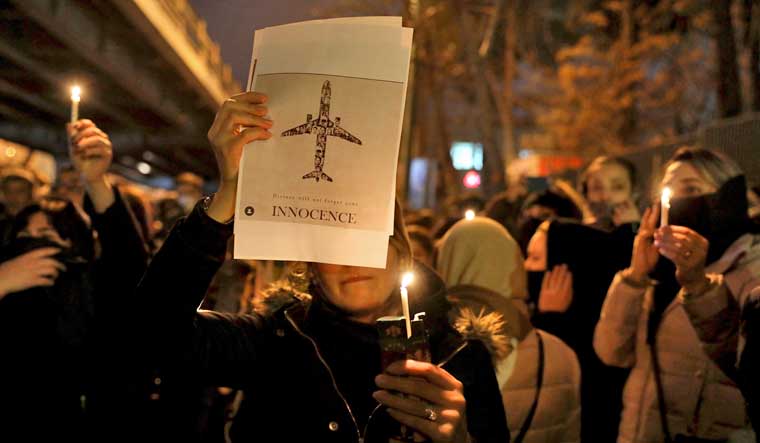 File: People gather for a candlelight vigil to remember the victims of the Ukraine plane crash, at the gate of Amri Kabir University | AP

Prosecutors indicted ten officers over the 2020 military shootdown of a Ukrainian passenger plane, where 176 people were killed. The announcement comes just as Iran and the West begin indirect negotiations over the collapsed nuclear deal.

Last month, Iran's civil aviation body, in a report, blamed the crash on a misaligned radar and an error by an air defence operator. Ukraine criticised the report and said that it is a 'cynical attempt,' to hide the true reasons behind the crash.

Ukraine and Canada, home to many of those who died, called the report insufficient.

The indictment came after an investigation was carried out. Three days after denying involvement, Iran admitted that the IRGC (Iranian Revolutionary Guard Corps) shot it down, mistaking the Boeing 737-800 for an American cruise missile.

On the day of the incident, Iran had launched a ballistic missile attack on the US in retaliation for the US killing IRGC chief Qassem Soleimani in a drone attack.