The sculpture was made by Canadian ice artist Marc Lepire 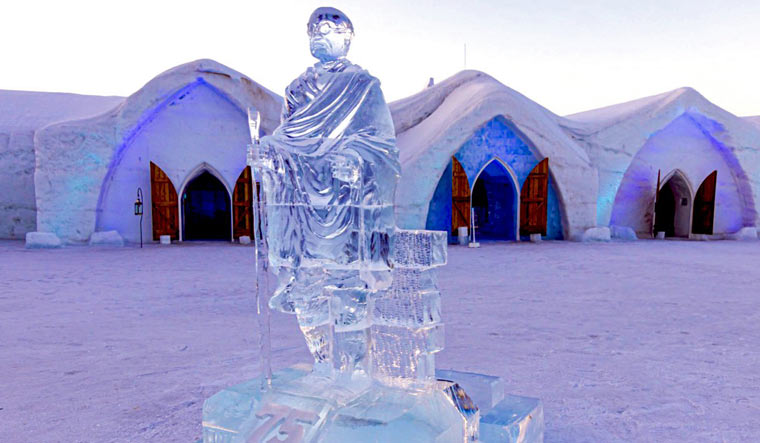 India will celebrate 75 years of independence in August. Ahead of the celebration, Canada's iconic hotel named Hotel de Glace has installed a seven-feel tall ice sculpture of Mahatma Gandhi.

The sculpture was made by Canadian ice artist Marc Lepire. Gandhi, an important figure in India's struggle for independence, has followers all over the world because of his ideologies. The Hotel de Glace is located near Quebec City, the capital of Quebec province. The sculpture was created and set up for display outside the hotel on Friday.

Images of the sculpture have been shared by the official Twitter handle of the Indian Consulate at Toronto with the caption, “Launching #AzadiKaAmritMahotsav, to mark 75 years of India’s Independence, with an ice sculpture of Mahatma Gandhi in the iconic ice hotel.”