The FBI is offering a $100,000 reward to identify the suspect 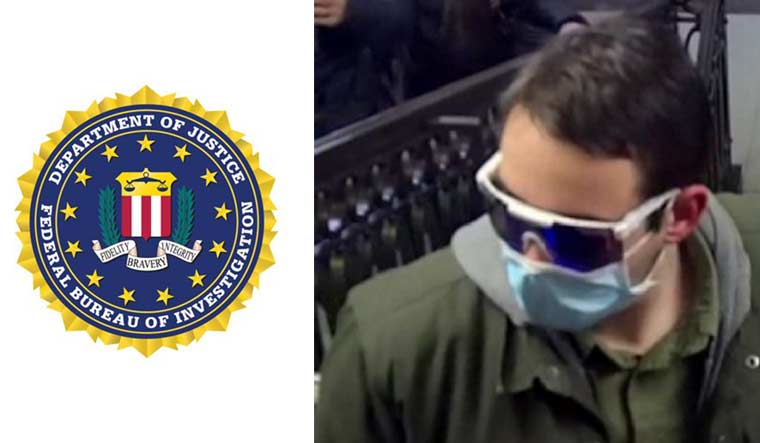 Collage: The FBI logo, the suspect the federal agency is requesting information on | Twitter handle of the FBI

The FBI has released new video showing someone placing two pipe bombs outside the offices of the Republican and Democratic national committees the night before the January 6 riot at the US Capitol.

The explosive devices were placed outside the two buildings between 7:30 p.m. and 8:30 p.m. on Jan. 5 and were located by law enforcement the next day.

US Capitol Police and agents from the FBI and the Bureau of Alcohol, Tobacco, Firearms and Explosives were called to the Republican National Committee's office around 12:45 p.m. on Jan. 6. About 30 minutes later, as the agents and bomb technicians were still investigating at the RNC, another call came in for a similar explosive device found at the Democratic National Committee headquarters nearby. The bombs were rendered safe, and no one was hurt.

The video, released Tuesday, shows a person in a gray hooded sweatshirt, a face mask and gloves appearing to place one of the explosives under a bench outside the DNC and separately shows the person walking in an alley near the RNC before the bomb was placed there. The person also wore black and light grey Nike Air Max Speed Turf sneakers with a yellow logo.

It is unclear whether the bombs were related to planning for the insurrection when thousands of then-President Donald Trump's supporters stormed the Capitol as Congress was voting to certify Joe Biden's presidential election win or whether they were unrelated to the deadly riot. Both buildings are within a few blocks of the Capitol.

The pipe bomb suspect carried the explosives in a backpack, according to Steven D'Antuono, the assistant director in charge of the FBI's Washington office. The bombs were made of threaded galvanized pipes, kitchen timers and homemade black powder, he said.

Federal agents hope the new video will spark additional tips to help identify the person. A $100,000 reward is being offered in the case.

We are asking for you to come forward and speak to us about any odd or out-of-character behaviours, D'Antuono said in a video statement released by the FBI.