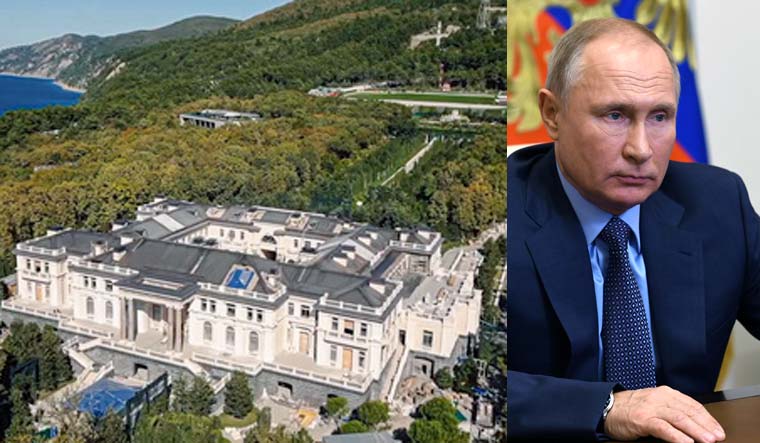 Russian opposition leader Alexei Navalny knows how to anger political rival President Vladimir Putin. 48 hours after Navalny was arrested from the Sheremetyevo airport in Moscow, he released a video accusing Putin of colossal corruption. He released a YouTube video of Putin's extravagant palace located near the Black Sea.

The edifice sprawls a luxurious 18,000 square meters (195,000 square feet) of living space and cost 100 billion rubles ($1.4 billion) to build. In the video released on January 20, shows drone footage of a palace near Gelendzhik on the Black Sea. The palace holds a cellar winery, an indoor ice rink and a casino.

The video was anchored by Navalny's network of 40 offices across Russia. Navalny was poisoned by a nerve agent in August 2020. Navalny's claims that the poisoning was ordered by Putin, has been denied by Kremlin.

The video alleges that the palace was build using a 'slush fund'. The video also included a photo of Elizaveta Krivonogikh; it alleged the teenager is a daughter Putin fathered with a secret lover. The video has crossed over 25 million views.

The video also alleges that former gymnast Alina Kabaeva received benefits from the slush fund, like apartments for herself and her family through Putin. Neither of the women-- Kabaeva or Krivonogikh has commented on the revelations.

The Kremlin has denied that the estate is linked to Putin. Russia's anti-corruption agent FBK, whose drones have shot the video has said the plot of the palace is listed as a no-fly zone. The furnishing at the palace is described to be staggeringly expensive and includes a $56,000 table and a $27,000 sofa. The rooms have been lined with plush velvet carpets.