The mutation causes the newly identified SARS-CoV-2 B.1.1.28 variant 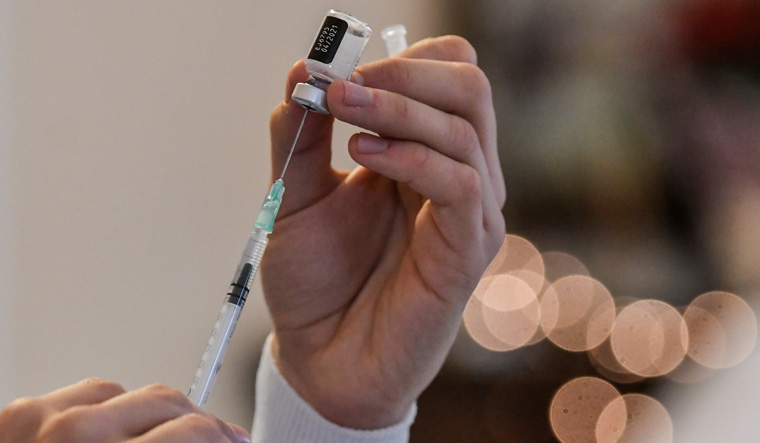 Asphyxia is the cruellest of deaths — a rising panic, a dizzy feeling, your heart pounding, your lungs feeling as if they fill with water instead of air, despair. Now your hands are grasping at things, they want to grab air, and they can’t. You can feel a person being dragged down into nothingness, panicking just for air, fear rushes through. Darkness takes you, and keeps you; your throat is closed, and it is not even you who is dying.

In the Brazilian state of Amazonas, people are suffocating to death in what hospital administrators say is a growing scene of terror which researchers and scientists say is driven by a new variant of coronavirus originated in the largest of Brazilian states. Hospitals are facing a crisis situation and hundreds of people wait in line for a hospital bed, there are dwindling to non-existent supplies of oxygen.

The mutation, which causes the newly identified SARS-CoV-2 B.1.1.28 variant, is the “most plausible explanation for the explosive growth,” said Amazonian Health Ministry epidemiologist Jesem Orellana in an interview with O Estado de São Paulo. The variant was identified by Japanese health authorities on travelers who were in the Brazilian state earlier this month.

On the ground in Manaus, the state capital, medical personnel report a feeling of impotence and despair as they can only administer morphine to those laying in beds, drowning in dry air for lack of oxygen. Manaus is without oxygen in its hospitals, people are dying. It is not just the hospitals that are collapsing. It is the cemeteries too, for the second time during the pandemic.

The new Brazilian strain is recent, probably arising between December 2020 and January 2021, according to Brazilian ministry of health technical notes.

Doctors and nurses are overwhelmed by the rise in hospitalisations in Manaus. Without oxygen, people suffocate slowly while helpless medical staff can only ventilate patients manually, keeping death at bay or only hoping to make their last minutes less cruel.

“This kind of explosive growth we normally accept when the entire population is considered susceptible to the new virus,” said the epidemiologist noting that, since 30 per cent to 40 per cent of the population in Manaus had already been exposed to the virus, the rate of spread would indicate that there is a new strain circulating in the region. “It can only be because this new strain is being programmed much faster than all the 11 variants that circulated before in the region.”

The new strain seems to follow the more contagious structure of other recent coronavirus strains that are already causing panic in other parts of the world due to the impact on hospital systems and deaths linked to the higher levels of transmissivity. “We are still investigating whether it is actually more contagious, but the mutations we observed are very similar to those seen in the UK and South Africa in new strains that have also shown to be easier to transmit,” said Orellana.

Japanese authorities said on Tuesday that they tried to isolate the new variant of the coronavirus, detected in four people who came from Brazil, to analyse it better. “This could take between several weeks and several months,” said a Japanese Health Ministry Official. “Therefore it is difficult to say now when we will be able to give details.” In the coming days, scientists in Brazil intend to increase the number of samples analysed to get a better understanding of what they are dealing with.

The variant was detected in two adults and two children who arrived in Japan on January 2, coming from Brazil, having all visited the Amazonas region. One woman and one of the children, a boy, had moderate symptoms. A man in his 40s was hospitalised with difficulty breathing, and a young girl is positive but asymptomatic.

As it grapples with the crisis, the state is arranging emergency airlifting of patients to other Brazilian states. The concern is that the measure will end up exporting the new variant to other states.

“The worst consequence — in addition to the hundreds of deaths that happened in the last six days and the thousands that are still to happen in the next — is the possibility of spreading this new strain throughout Brazil because we are sending dozens of patients from here to other states. In other words, we are sending the virus to other states. No one is talking about it yet, but we will see the bomb go off in about 15 days, said Orellana.

Already, there are no more ICU beds for Covid-19 available in the city of Rio de Janeiro, the occupancy rate is 100 per cent. This week recorded the highest number of deaths in the pandemic. The city of Rio de Janeiro leads Brazil COVID-19 mortality. Five states and the Capital Federal District have received some 235 patients from Amazonas in the last few days.

The major of Manaus has declared a state of emergency in the city for the next 180 days as the number of burials shot up nearly 200 per cent in one month. Field hospitals used in the early part of the pandemic are again taking in patients in Amazonas state.

We are collapsing, said Orellana, referring to the capital and largest city of Amazonas state. “The line to get a hospital bed has grown a lot, today we have about 480 people waiting in line.”

Brazil’s Covid-19 death toll is the second highest in the world, behind only that of the United States, the world’s worst-managed response with the highest number of victims. According to Johns Hopkins University, there have been more than 207,000 deaths from Covid-19 in Brazil and more than 8.3 million reported cases of coronavirus.

According to Orellana, in spite of “all this context of relaxing the population in relation to care, the new strain is the most plausible explanation for such an explosive growth considering the history of Manaus.”

Brazilian Health Minister Eduardo Pazuello described the healthcare system in Manaus, as being in “collapse” during a Facebook Live with President Jair Bolsonaro, whose egging of people to “get together” during the holidays and discouraging the use of masks in a Trump-like attempt to the pandemic approach is blamed for the large number of cases and deaths in Brazil.

“I would say yes, there is a collapse in healthcare in Manaus. The line to get a hospital bed has grown a lot, today we have about 480 people waiting in line,” he said.

Brazil’s Covid-19 death toll is the second highest in the world, behind only that of the United States. The total number of confirmed cases of Covid-19 in Amazonas is 223,360 with 5,930 deaths.

According to Orellana, in spite of “all this context of relaxing the population in relation to care, the new strain is the most plausible explanation for such an explosive growth considering the history of Manaus.”

More ominously, Orellana said that “this kind of explosive growth we normally accept when the entire population is considered susceptible to the new virus,” adding that whether the new variety is more contagious has yet to be determined.

Not waiting for the new strain to arrive, the UK has preemptively banned access to people who have travelled through Argentina, Brazil, Bolivia, Chile, Colombia, Ecuador, French Guiana, Guyana, Panama, Paraguay, Peru, Suriname, Uruguay, Venezuela and Portugal, including the islands of Madeira and the Azores and the former Portuguese colony of Cape Verde, off the West African coast, due to constant movement between these countries and Brazil.

“Today we are in the most critical moment of the pandemic, one that has no precedent in the state of Amazonas. We are facing a lot of difficulty in getting medical supplies. And as everyone is following, our main difficulty now has been getting oxygen,” Amazonas Governor Wilson Lima told a news conference.

Demand for oxygen is up five-fold over the past 15 days, say authorities as they report increased number of deaths by asphyxia and harrowing stories of people’s last minutes of life. A plane that was originally set to fly to Mumbai to procure vaccines, will instead be redirected to take oxygen canisters to Manaus.