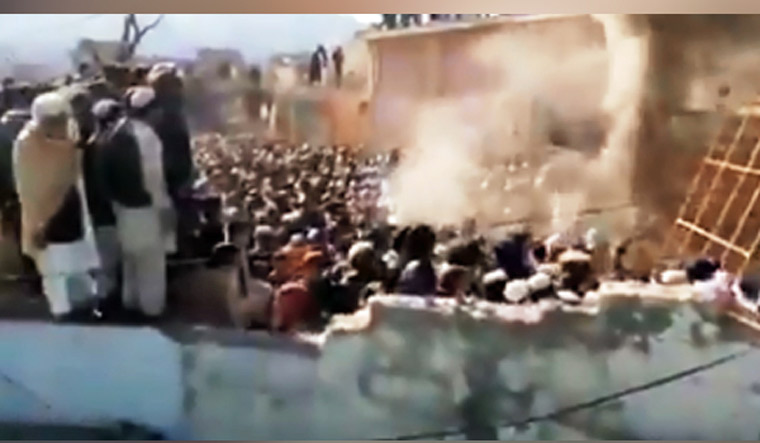 Hindu temple destroyed, set on fire by mob in Pakistan's Khyber Pakhtunkhwa province being destroyed by a mod | ANI

According to Marwat, protesting the expansion work of the temple, the mob demolished the newly constructed work alongside the old structure.

No case has been registered and neither any arrest made so far in the incident.

Noting that some groups are active in carrying out such anti-social activities to defame Pakistan, Malhi said the government will not tolerate such incidents.

Malhi said he has asked the district administration to file an FIR in the case and take legal action against the culprits.

Khyber Pakhtunkhwa Chief Minister Mahmood Khan termed the attack on the temple as "an unfortunate incident."

He has sought an early report from the police on the matter and ordered immediate arrest of those involved in the incident.

Khan vowed that his government will protect worship places from such incidents.

Leader of Hindu Community Peshawar Haroon Sarab Diyal said that a samadhi of a Hindu religious leader exists at the temple site and Hindu families from across the country do visit the samadhi on every Thursday.

He said the incident has hurt the sentiments of the Hindu community and the Islamic Ideology Council should take note of it.

Diyal said Prime Minister Imran Khan talks about promotion of religious tourism in Pakistan but minority worship places were not safe in his own country.

The majority of Pakistan's Hindu population is settled in Sindh province where they share culture, traditions and language with Muslim residents.  They often complain of harassment by the extremists.