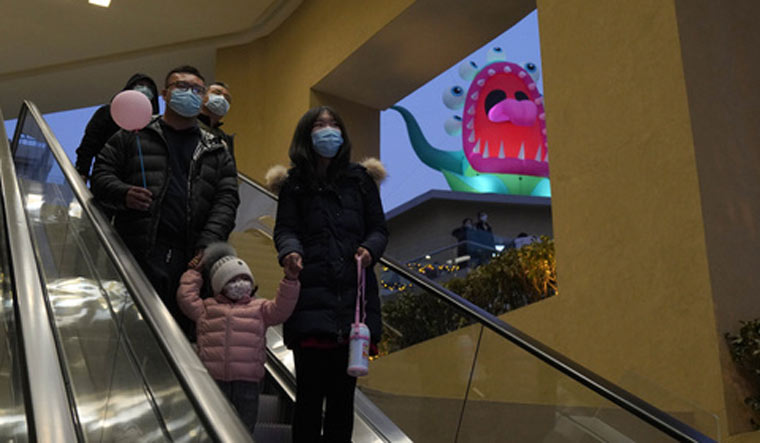 Beijing residents were on Saturday asked to wear face masks before going out of their houses and advised not to travel out of the capital as the city has reported new COVID-19 cases while the Chinese port city of Dalian went into a war-time mode to deal with the new cases.

China has controlled the pandemic after it emerged in Wuhan in December last year but new cases continued.

The Chinese mainland on Friday reported 20 newly confirmed COVID-19 cases, including eight locally transmitted ones and 12 arriving from outside China, the National Health Commission (NHC) said on Saturday.

Meanwhile, an official of Beijing's health authority has advised the residents to stay in the city before they get Nucleic Acid Test (NAT) results and not to travel outside Beijing or China if not necessary.

Pang Xinghuo, deputy director of the Beijing Centre for Disease Prevention and Control, said residents should wear masks while going out and practice social distancing.

In May this year, Beijing health officials said there is no need to wear masks as the virus has been brought under control.

Pang also asked residents to disinfect surfaces of packages from areas under risk and wash hands when handling frozen food.

State-run Global Times on Saturday quoted Beijing local government asking companies not to arrange business trips outside of the capital and abroad, and advising residents not to leave the city during the Spring Festival holidays in addition to schools and companies staggering their holidays.

Chen Bei, deputy secretary-general of the Beijing municipal government, said in order to reduce the clustering of people, Beijing will strictly review applications for holding major events, and not organise big gatherings such as sports events or temple fairs.

Cinemas, libraries, museums and entertainment venues have to operate at 75 per cent capacity, Chen said.

On reducing risks during travel, the capital urged operators of airlines, railways and expressways to strictly implement temperature checking and disinfection, the Global Times report said.

Meanwhile, the port city of Dalian has ordered all of its local medical institutions to enter into a wartime mode on Sunday, after the city reported a new confirmed COVID-19 case on Saturday, the report said.

About 8.13 lakh people in the city have conducted the nucleic acid tests so far, it said.

China has so far reported 86,933 COVID-19 cases since early this year. This includes 328 patients who are still receiving treatment.

A total of 81,971 people has been discharged in the mainland while 4,634 have died of the virus, the NHC report added.