The rescue worker said that when the baby elephant started to move, he almost cried 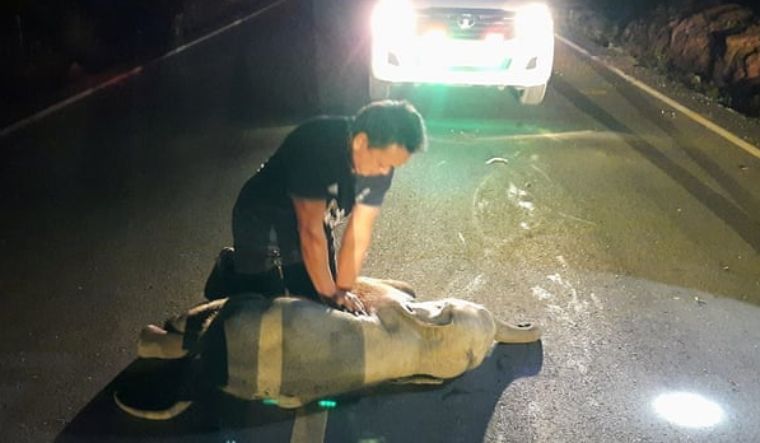 A baby elephant in Thailand was saved after a rescue worker performed CPR on him. While the baby was crossing a road with its herd in Chanthaburi, it was hit by a motorcycle.

Mana Srivate, who was on a road trip at the time with his friends, stopped to revive the baby elephant, while his friends helped the dazed and injured motorcycle rider. Srivate who has performed resuscitation attempts at least a dozen time in his career as a rescue worker spanning 26 years, it has never been on an elephant.

Neither the rider or elephant had sustained serious injuries.

“It’s my instinct to save lives, but I was worried the whole time because I can hear the mother and other elephants calling for the baby,” Srivate told Reuters.

“When the baby elephant was starting to move, I almost cried,” he added.

The elephant stood up 10 minutes later. It was taken to another location for treatment and returned to the spot of the accident so that it could be reunited with its mother. Srivate said the mother came back as she heard her baby calling out. The video of Srivate performing CPR in the baby elephant has gone viral on social media.