Egyptian model arrested for ‘inappropriate’ photoshoot in front of Pyramid

Salma El-Shimy, who has over a lakh followers on Instagram, was released on bail 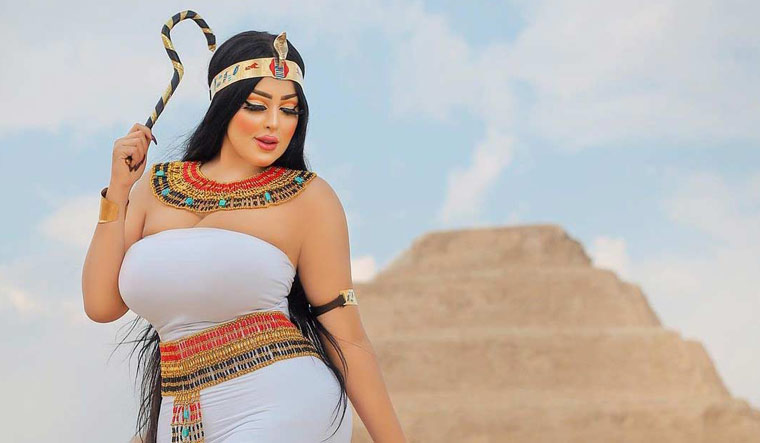 Salma El-Shimy, a 26-year-old model, has been arrested in Cairo over a photo-shoot she held in front of the Pyramid of Djoser in Saqqara, Egypt.

Dressed as an ancient Egyptian queen, El-Shimy was later apprehended by police, as officials at the Ministry of Tourism and Antiquities deemed her outfit “inappropriate”.

According to CBS News, Mostafa Waziri, Secretary-General of the Supreme Council of Antiquities, referred the incident to public prosecutors for investigation. Waziri said in a statement that “anyone who shows negligence when it comes to antiquities or our unique Egyptian civilization will be punished."

In addition, two of the ministry’s employees and four security personnel were also questioned.

El-Shimy, who has over 130,000 followers on Instagram, had posed in front of the ancient Pyramid of Djoser—which is over 4,700 years old—in figure-hugging clothing. She marked her caption with the ‘no one under 18’ emoji.

As per Egypt’s rules, anyone who wants to carry out a photo or video shoot or commercial purposes at an archaeological site must obtain a permit from the ministry.

AFP reported a judicial source as saying she and her photographer were accused of "taking photos without authorization in the Saqqara archaeological site" and released on bail of 500 Egyptian pounds ($32) pending the results of an investigation.

In 2018, Egypt arrested a photographer and a woman who climbed the 4,500-year-old Pyramid of Giza at night with a woman. The two of them then took off their clothes and posed for a shoot.

The incident sparked outrage in Egypt over a perceived slight to the country’s ancient heritage. The man, photographer Andreas Hvid, returned to his native country of Denmark and told the media there, "I'm sad that so many people have got angry but I've also received a lot of positive responses from many Egyptians.”