Who is Neera Tanden, the Indian-American Biden picked as White House Budget Chief?

Tanden has worked with administrations from Clinton to Obama 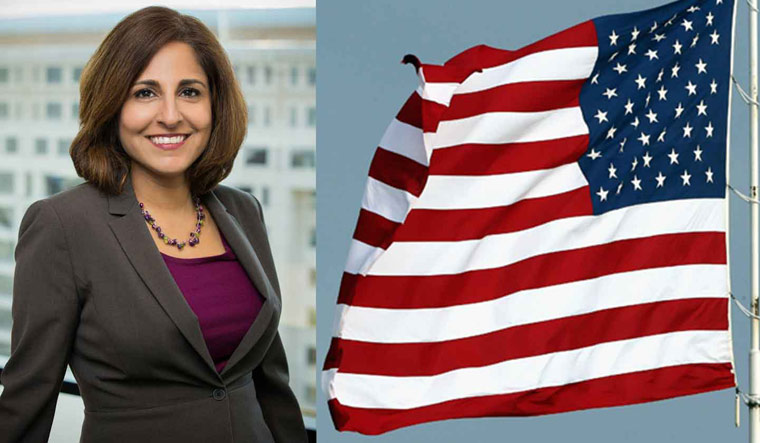 After US president-elect Joe Biden named an all-woman team for his communication staff, he has since selected Indian-American Neera Tanden as the next White House budget chief.

According to multiple reports, Tanden, president and CEO of the thinktank Center for American Progress, is touted as Biden’s pick to be director of the Office of Management and Budget, a role that will put her in charge of preparing the president’s budget.

Tanden will become the first Indian-American and the first woman of colour to take this position. An alumna of Yale Law, she had worked in presidential administrations from Bill Clinton to Obama, and was also involved in the campaigns of Bill Clinton, Obama and Hillary in 2016.

Born to immigrants from India, she grew up amid difficult economic circumstances as her parents divorced when she was five (which, in a 2000 interview, she told The New York Times “tells you something about arranged marriages”) and her mother was put on welfare, living off food stamps and receiving Section 8 vouchers for housing. She said she got her passion for politics out of a desire to serve and felt like she had benefits from Democrat policies that the Clintons believed in.

She studied at the University of California in Los Angeles, where she met her husband, artist Ben Edwards.

As per her bio on the CAP website, “She previously served as senior adviser for health reform at the US Department of Health and Human Services. In that role, she developed policies around reform and worked with Congress and stakeholders on particular provisions of President Barack Obama’s signature legislative achievement—the Affordable Care Act.”

As policy director for Hillary Clinton’s first presidential campaign, “she directed all policy work and oversaw the debate preparation process for then senator Clinton (D-NY).”

Her policies appear liberal. She has written against the GOP’s tax cuts, calling it “fiscal hypocrisy” and has likened Trump’s handling of the coronavirus as one of the “greatest economic failures of any president in decades”.

Announcing key members of his economic team, Biden’s transition team also named Janet Yellen as Secretary of the treasury, Wally Adeyemo as Deputy Secretary of the Treasury, Cecilia Rouse as Chair of the Council of Economic Advisers; and Jared Bernstein and Heather Boushey as member of the Council of Economic Advisers. Biden said this team would “deliver immediate economic relief for the American people” and that it was comprised of “respected and tested ground-breaking public servants who will help the communities hardest hit by COVID-19 and address the structure inequities in [the] economy”, playing up his campaign message that he would make a team that “looks like America”.

Her appointment is subject to the approval of the senate, however, which is currently Republican-dominated. As the communications director for Senator John Cornyn (R-TX) pointed out, Tanden’s history of sparring with Republicans may work against her favour in the senate.

Neera Tanden, who has an endless stream of disparaging comments about the Republican Senators’ whose votes she’ll need, stands zero chance of being confirmed. https://t.co/f6Ewi6OMQR