China scientists say the coronavirus may have originated in India 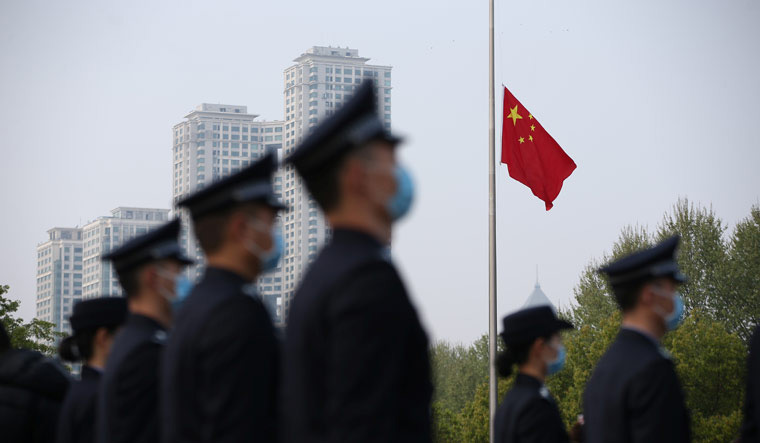 Battling global adversity over the coronavirus and bracing for a WHO inquiry over its origin, China on Friday claimed that just because COVID-19 cases were first reported in Wuhan does not mean the contagion originated from the central Chinese city.

Various outlets of the state-run Chinese media have been carrying reports in recent days stating that a number of imported food products from different countries, including a consignment of fish from India, were found to have traces of the COVID-19 alleging that the virus may have entered China through foreign routes.

Asked whether that is China's official view too, Chinese Foreign Ministry spokesman Zhao Lijian told a media briefing here that even though China was the first to report coronavirus but doesn't necessarily mean China is where the virus originated.

So we believe the origin process is a complex scientific issue which requires joint efforts on COVID-19 cooperation from the scientific community worldwide. Only by doing so we can guard against future risks because origin tracing is an evolving and sustained process that involves many countries and regions, he said.

His response came as the World Health Organisation (WHO) team to investigate the origin of the virus is due to arrive in China, even though Beijing is yet to give a timeline.

There is also a sense of relief here that US President Donald Trump who launched a tirade against China over COVID-19 terming it as China virus is on his way out. Trump also denounced the WHO alleging that it is virtually controlled by China.

Besides halting funding for the WHO, the Trump administration has formally notified the UN of its decision to withdraw the US from the global health body but US President-elect Joe Biden has promised to rejoin it.

The coronavirus cases emerged in Wuhan in December last year before turning into a global pandemic with the worldwide death toll crossing over 1.4 million.

China besides denying the US allegations that the virus emerged from a secretive bio-lab in Wuhan also refuted allegations that it emanated from a wet market in the city from bats or pangolins before infecting humans.

The market has been sealed off ever since.

In May, the World Health Assembly (WHA), the governing body of the 194-member states of the WHO, approved a resolution to set up an independent inquiry to conduct an impartial, independent and comprehensive evaluation" of the international response as well as that of WHO.

It also asked the WHO to investigate the "source of the virus and the route of introduction to the human population".

China, which has backed the inquiry with a rider that it should commence after the coronavirus was brought under control, said it is getting ready to receive the WHO experts' team.

WHO emergency expert Dr Mike Ryan told the media early this week that his organisation has had assurances from China that an international field trip to investigate the origins of the new coronavirus will be arranged as soon as possible.

"We fully expect that we will have a team on the ground, Ryan was quoted as saying by the state-run CGTN on November 25.

Ryan said the Wuhan market, where the virus is reported to have originated, is "likely to have been a point of amplification" of virus transmission, but whether that was by human, animal or environmental spread is not yet known, the report quoted him saying.

He said that there had been human cases that preceded that event, according to the CGTN report.