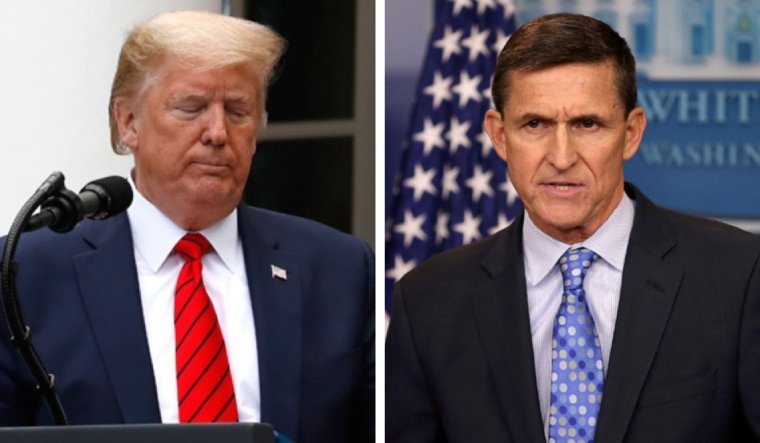 US President Donald Trump plans to pardon his former national security adviser Michael Flynn, an AFP report reads. Flynn pleaded guilty in 2017 for lying to the FBI over his Russian contacts.

The US media cited unnamed sources while they confirmed Trump’s plan to include Flynn in a series of pardons he will issue in the final days of his presidency.

Flynn, who was the only White House official charged in Robert Mueller’s investigation, was fired by Trump 22 days into his administration.

It was an investigation led by former special counsel for US department of justice Robert Mueller into Russia colluding in the 2016 elections, that eventually led to Trump being impeached in January 2020.

But, the President has always claimed the investigation was a political “witch hunt” and has maintained that Flynn, former head of the Defense Intelligence Agency, was a “good man”.

But a federal judge has demanded a further judicial review of the matter.

Pardoning Flynn is another example of Trump’s use of his power and the justice department for the gain of a hi-profile ally. Earlier this year, Trump commuted the sentence of Roger Stone, whose conviction stemmed from the Mueller investigation. Stone has been a long-time confidant of the President.