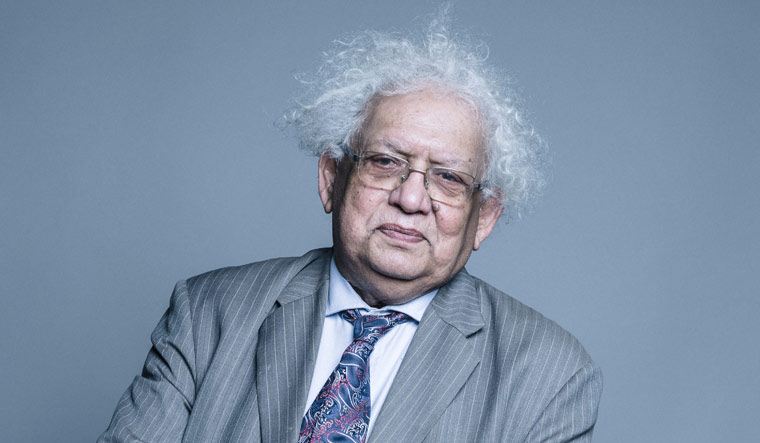 Indian-origin economist, author and peer Lord Meghnad Desai has resigned as a member of the UK's opposition Labour Party over its failure to effectively tackle anti-Semitic racism within its ranks.

The 80-year-old peer said he has only ever been a Labour Party supporter but was forced to take the decision to cancel his membership on Thursday after 49 years as former party leader Jeremy Corbyn was readmitted after just 19 days of suspension despite findings of "unlawful acts" by the country’s human rights watchdog.

“It was a very peculiar decision to allow him back without any apology. He has been refused the party whip in the House of Commons for a few months, but that is a very lame response to a very big crisis,” Lord Desai said.

“I have been very uncomfortable and slightly ashamed that the party has been injected with this sort of racism. Jewish MPs were abused openly, and female members were trolled. It is out and out racism,” he said.

The Labour Party has been plagued by allegations of anti-Semitism over the years, with its disastrous electoral defeat in the December 2019 election also linked to the crisis.

Sir Keir Starmer took over as the new party leader this year with the promise of ridding the party of the scourge and had taken the step to suspend Corbyn last month after he seemed to downplay the very critical findings of the Equality and Human Rights Commission (EHRC). The watchdog had found that Labour had broken the law in its failure to handle anti-Semitism, or anti-Jewish, complaints and there were "serious failings" by its leadership at the time.

“I don’t see things really changing in the foreseeable future and have to ultimately live with my conscience. I can't go on being in an anti-Semitic party,” said Desai, even as he stressed that he has no plans of joining any other political party.

Desai has sent in his resignation letter to the leader of the Labour Party in the House of Lords, Baroness Angela Smith, and despite many appeals for him to reconsider, he will now sit as an independent peer while his application to be part of the Crossbench group of the UK Parliament's Upper House is under way.