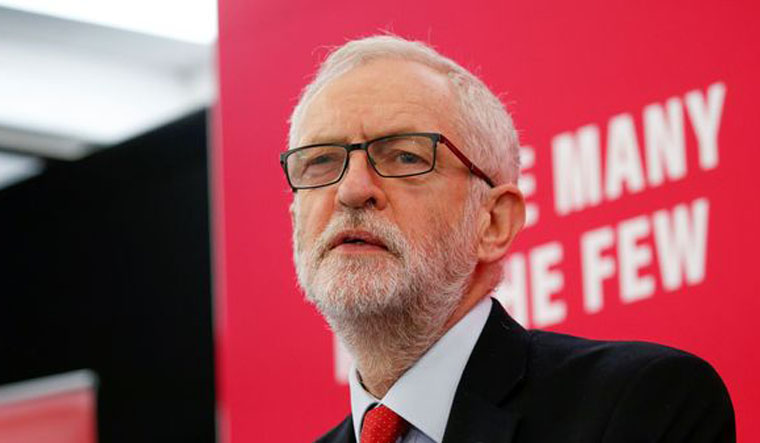 The Labour Party on Thursday announced that former leader Jeremy Corbyn had been suspended and his whip removed following his response to the report of the Equality and Human Rights Commission into allegations of anti-semitism within the party.

In the report titled ‘Investigation into antisemitism in the Labour Party’, the EHRC report found the Labour Party had broken the law with regards to its response to complaints of anti-Semitism within the party.

Corbyn denounced the report, which highlighted numerous complaints made during his tenure, saying they were “dramatically overstated for political reasons”.

Calling antisemitism "absolutely abhorrent, wrong and responsible for some of humanity’s greatest crimes", Corbyn said that as Labour Party leader, he was "always determined to eliminate all forms of racism and root out the cancer of antisemitism".

However, he said the scale of the problem highlighted by the report was "dramatically overstated for political reasons by our opponents inside and outside the party, as well as by much of the media. That combination hurt Jewish people and must never be repeated."

“My sincere hope is that relations with Jewish communities can be rebuilt and those fears overcome. While I do not accept all of its findings, I trust its recommendations will be swiftly implemented to help move on from this period," he said in a Facebook post.

Following his comments, a Labour Party spokesperson released the following, “In light of his comments made today and his failure to retract them subsequently, the Labour Party has suspended Jeremy Corbyn pending investigation. He has also had the whip removed from the Parliamentary Labour Party.”

I will strongly contest the political intervention to suspend me.

I’ve made absolutely clear those who deny there has been an antisemitism problem in the Labour Party are wrong.

I will continue to support a zero tolerance policy towards all forms of racism.

Corbyn has since tweeted saying he would contest the "political intervention" to suspend him.

Corbyn, the MP from Islington North since 1983, led the Labour Party between 2015 and 2020 during which period he was also Leader of the Opposition. Following the party’s defeat in the 2019 general election, Corbyn announced that he would not lead the Labour Party into its next election. The subsequent leadership election saw Keir Starmer appointed Labour Leader.

Starmer on Thursday called the report a “day of shame” for the Labour Party and said he had was keeping open the possibility of “disciplinary action” against Corbyn. However, he conceded that the report did not name Corbyn personally as responsible.

The EHRC's lead investigator, Alasdair Hendersonhad, said that, as leader of the party and "given the extent of the failings we found in the political interference within the leader of the opposition’s office, Jeremy Corbyn is ultimately accountable and responsible for what happened at that time.”