'Time will tell if I remain president', says Trump amid legal setbacks in his election dispute 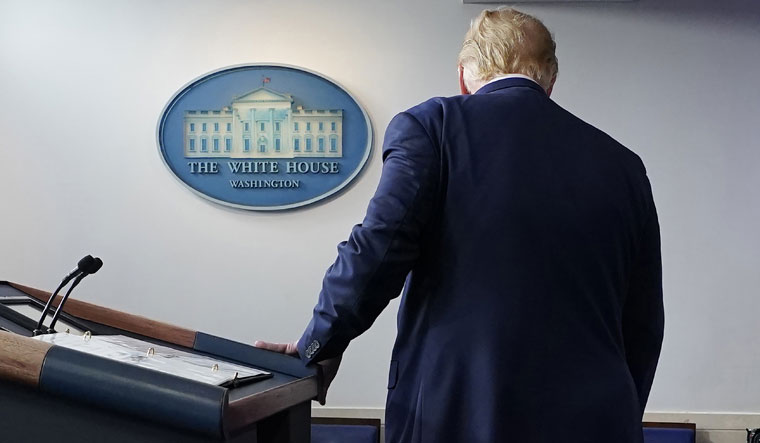 On Saturday, Donald Trump said that "time will tell" if he remains US president, amid repeated legal setbacks in the presidential election, the results of which he is disputing. Joe Biden was declared the winner in the polls by numerous news networks, as is the tradition in the US. "Hopefully, whatever happens in the future, who knows which administration it will be, I guess time will tell," he told a gathering. This is a big shift in his earlier unbounded confidence that he could overturn the poll results, amid calls of election fraud and voter suppression.

Republicans suffered setbacks to court challenges over the presidential election in three battleground states on Friday, while a law firm that came under fire for its work for the Trump campaign withdrew from a major Pennsylvania case. The legal blows began when a federal appeals court rejected an effort to block about 9,300 mail-in ballots that arrived after election day in Pennsylvania.

The judges noted the vast disruption and unprecedented challenges facing the nation during the COVID-19 pandemic as they upheld the three-day extension. Chief US Circuit Judge D. Brooks Smith said the panel kept in mind "a proposition indisputable in our democratic process: that the lawfully cast vote of every citizen must count.

Republicans have also asked the US Supreme Court to review the issue. However, there are not enough late-arriving ballots to change the results in Pennsylvania, given president-elect Joe Biden's lead. The Democratic former vice president won the state by about 60,000 votes out of about 6.8 million cast.

The Trump campaign or Republican surrogates have filed more than 15 legal challenges in Pennsylvania as they seek to reclaim the state's 20 electoral votes, but have so far offered no evidence of any widespread voter fraud.