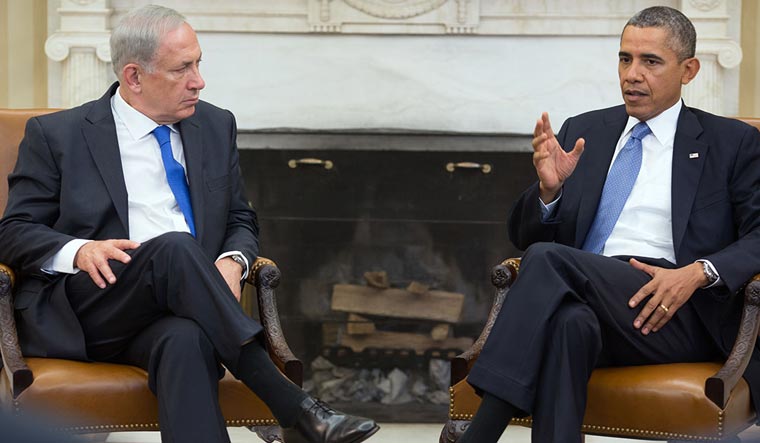 A former Israeli minister has alleged the administration of former US president Barack Obama and European nations had thwarted Israel's peace initiatives with Arab countries.

In September, the UAE and Bahrain signed the Abraham Accords with Israel at the White House, paving the way for the two Arab nations to recognise the Jewish state. In October, Sudan also agreed to normalise ties with Israel. The recognition of Israel by multiple Arab nations was touted by US President Donald Trump as one of his key foreign policy achievements.

Obama was president of the US from 2009 to 2017. Ayoob Kara, a member of Israel's ruling Likud party and a former minister of communications, commented about Obama in an interaction with the Khaleej Times, a newspaper in the UAE.

The Khaleej Times on Friday reported, "The historic peace accord reached between the UAE and Israel on September 15 had been delayed for years due to the stiff resistance put up by the US administration of Barack Obama, a former Israeli minister has revealed."

“Obama and some European countries including France vehemently thwarted Israel’s peace initiatives on grounds that a peaceful resolution of Palestinian issues should take precedence over any other regional accords... This region lost so many years of peaceful prosperity as a result of this stand taken by Obama and his allies. They didn’t support and resisted all overtures from our side," Kara told Khaleej Times.

However, Kara was pessimistic over the approach a Joe Biden administration would take. "The peace process may face some setback or slow progress if Democratic presidential candidate Joe Biden wins. But it is now an irreversible journey of progress and prosperity for both most countries of the Arab world and Israelis," Kara told Khaleej Times.

Israeli Prime Minister Benjamin Netanyahu had a testy relationship with Obama, with relations between the US and Israel going through their worst patch in decades during the former's time at the White House. In contrast, Netanyahu has flaunted his appreciation for Trump, given the latter's tough approach to Iran and move to shift the US embassy to Jerusalem.

Kara is a Druze politician who has been a minister three times and a member of the Knesset, Israel's parliament, for 15 years. The Druze are an Arabic-speaking religious sect who are predominantly concentrated in Israel, Lebanon and Syria. Kara has been described as being one of the architects of the UAE-Israel peace deal. He was one of two Israeli ministers who visited the UAE in a path-breaking official trip in October 2018 to attend a telecommunications conference.

Kara is founder-president of the Economic Peace Centre, "an initiative to foster bilateral economic and business relations between the GCC and Israel". “I consider the peace and co-existence between the people of our region as a major priority for all stakeholders... The peace accord is just the beginning of an era of game-changing advancements for both the UAE and Israel in all sectors, in particular technology, food and cyber security, farming, artificial intelligence, and using ICT sector to transform the region," Kara told Khaleej Times.