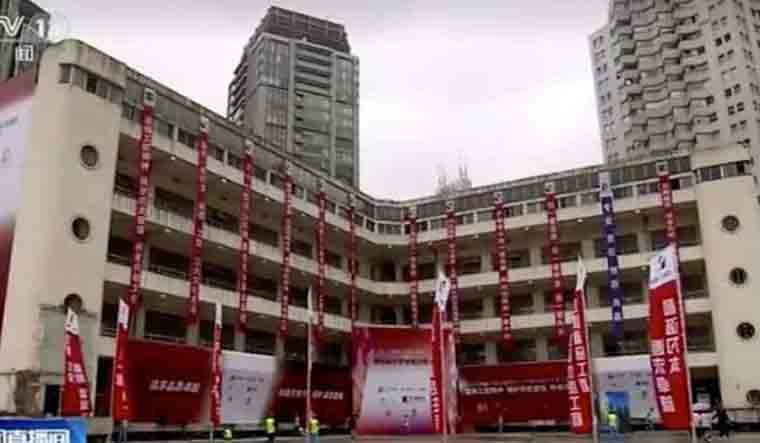 An 85-year-old primary school in Shanghai was lifted off the ground entirety and relocated using new technology dubbed the "walking machine." The 5-storey building was moved so that it wouldn’t have to be demolished. Citizens of the city's eastern Huangpu district in the city witnessed the unusual sight of a walking building.

In the city’s latest efforts to protect its historical sites, engineers under the supervision of Lan Wuji, chief technical supervisor, connected almost 200 cellular helps below the building. The helps acted like robotic legs, moving up and alternatively, mimicking a human stride. 198 mobile sports or helps were hooked to the base of the structure. Moving the building took 18 days and its relocation was completed on October 15.

“It is like giving the constructing crutches so it may arise after which stroll,” Wuji said. The Lagena Primary School, constructed in 1935 by the municipal board of Shanghai's former French Concession was moved to make space for a new commercial and office complex, which will be completed by 2023.

In recent decades, China's rapid modernisation has seen many historic buildings demolished to make space for gleaming skyscrapers and office buildings. But there has been growing concern about the architectural heritage being lost and therefore, some cities have launched new preservation and conservation campaigns including, the use of advanced technologies that allow old buildings to be relocated rather than demolished.