Belgium could soon be overwhelmed with COVID-19 cases

The number of infections throughout Europe is climbing 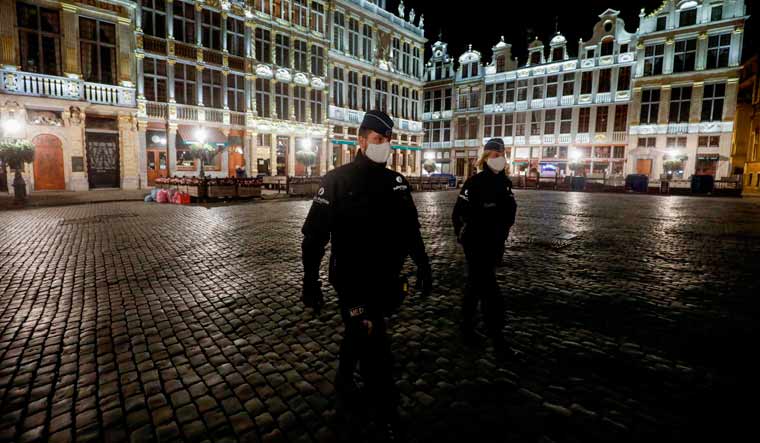 Belgium’s health minister has warned that the country could soon be overwhelmed by coronavirus infections. Officials say the situation is worse than in March during the first wave of the COVID-19 pandemic. The number of people being hospitalised due to the virus is doubling each week.

“The situation is serious. It is worse than on March 18 when the lockdown was decided,” Prime Minister Alexander De Croo told Belgian television RTL-Info.

The number of infections throughout Europe is climbing—restrictions have already been placed in several parts of the UK including London, Paris and other parts of France are facing new restrictions to mitigate the spread of the virus, so is Switzerland and Italy.

The government has ordered bars and restaurants in the country to shut for four weeks as per the new restrictions imposed. Most employees must work from home and a curfew is in place from midnight until 05:00 for the next month and alcohol sales are banned from 8pm.

Marc Van Muylders, vice-president of the Brussels catering industry organisation HORECA, said the measures were unfair and could backfire.

The number of patients in intensive care, which have been doubling every eight to nine days, stood at 412 on Sunday— half of those are on ventilation. As of on Monday, 2,485 people have been admitted in hospitals with COVID-19. Belgium has recorded an average of 7,876 new daily infections over the last seven days. The numbers in Belgium began to shoot up in September as adults began going back to work and children started returning to school. Belgium’s Deputy PM Frank Vandenbroucke said, “The government "has only one message to the public: protect yourself, protect your loved ones, so as not to be contaminated.”