The video was, reportedly, released by People's Liberation Army Air Force on Saturday 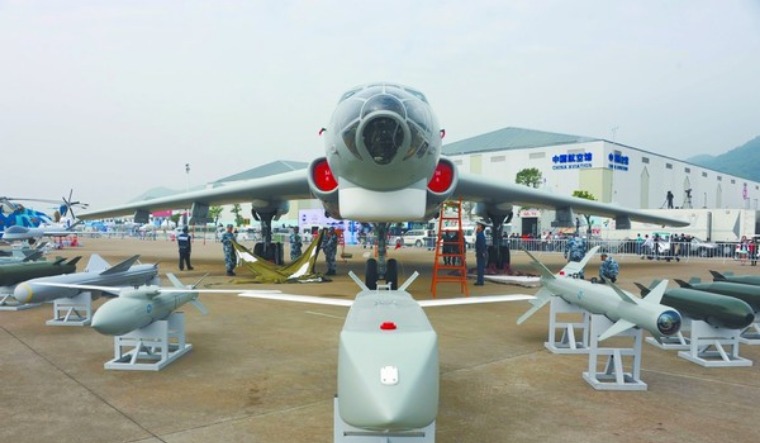 As China continues to build up its military and industrial capabilities, it has been alleged Beijing copies and steals foreign technology. It appears the practice is not limited just to copying actual technology!

On Sunday, Hong Kong-based publication South China Morning Post reported a recent propaganda video of the People's Liberation Army Air Force (PLAAF) had clips that "look like they were lifted directly from the 2008 Oscar-winning The Hurt Locker and the 1996 action thriller The Rock".

The video was, reportedly, released by the political work department of the People's Liberation Army Air Force on Saturday. It depicted H-6K medium-range bombers of the PLAAF using long-range missiles to hit what appeared to be a US airbase in the Pacific. Observers claimed the footage of the target facility resembled the Andersen Air Force Base on the island of Guam, a critical US facility in the Pacific. Twitter users compared clips from the PLAAF video to near-identical clips from The Hurt Locker.

The South China Morning Post quoted a source close to the Chinese military as claiming, "it was common practice for the PLA’s publicity department to 'borrow' from Hollywood films to make their productions look more spectacular". “Almost all of the officers in the department grew up watching Hollywood movies, so in their minds, American war films have the coolest images,” South China Morning Post reported.

This is not the first time China has lifted content from Hollywood. In 2011, the People's Liberation Army Air Force was left red-faced after state-run China Central Television used footage from Tom Cruise-starrer Top Gun to show an explosion during a exercise.

While the footage for the latest People's Liberation Army Air Force video may well have been lifted from Hollywood, the US military is not taking the threat of the H-6K bomber lightly.

The H-6K is a derivative of the H-6, a bomber sold to China by the Soviet Union before the Sino-Soviet split in 1962. The People's Liberation Army Air Force has steadily upgraded the H-6 with new engines, electronics, sensors and weapons such as long-range land-attack and anti-ship missiles. Given the H-6K's range of around 3,000km, US experts have warned of its capability to target Guam.

The recent US Department of Defense report on China's military noted, "The H-6K can carry six LACMs (land-attack cruise missiles), giving the PLA a long-range standoff precision strike capability that can range Guam from home airfields in mainland China." Two weeks ago, Chinese state media also showed H-6 bombers deployed to Tibet in relation to the ongoing tension with India over Ladakh.