Trump is under pressure and might nominate a judge 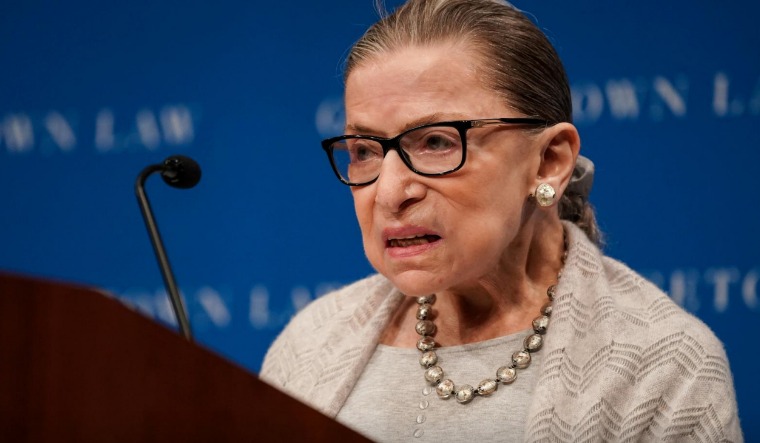 The death of Ruth Bader Ginsburg just 45 days before the biggest political battle in the world has made the Republican vs Democrat feud more bitter. Especially, as President Donald Trump has signalled that he may be inclined to nominate a conservative to fill in the vacancy.

RBG, as she was known, was a staunch fighter for civil liberties and supporter of gender equality fighting her last battle against cancer. Anticipating what could happen when she passed, Ginsburg released a statement a few days ago: "My most fervent wish is that I will not be replaced until a new president is installed," said Ginsburg in a statement dictated to her granddaughter.

But there is speculation that Trump and the Republicans don't want to wait. Her death is also a flashback to February 2016, to the last few months of President Barack Obama’s tenure. Justice Antonin Scalia died at 79 leaving a seat vacant. This time, however, the man who stood in Obama’s way, Mitch McConnell, is paving the way for Trump.  McConnell, prevented Obama, who was on a vacation in the Caribbean then—from nominating a name because there was not enough time to vet the name. The election of a Supreme Court judge in America with all the background checks is a fiercely contested battle.

McConnell shares Trump's perspective. “Americans reelected our majority in 2016 and expanded it in 2018 because we pledged to work with President Trump and support his agenda, particularly his outstanding appointments to the federal judiciary. Once again, we will keep our promise,” said McConnell. “President Trump’s nominee will receive a vote on the floor of the United States Senate.”

Can Trump use this period to nominate a judge? A list of 20 potential judges was revealed by him in September. This, will, of course, be met with much stiff opposition from the Democrats. “Four and a half years ago, when Republicans refused to hold a hearing or an up-or-down vote on Merrick Garland, they invented the principle that the Senate shouldn’t fill an open seat on the Supreme Court before a new president was sworn in,’’ Obama said. “A basic principle of the law — and of everyday fairness — is that we apply rules with consistency, and not based on what’s convenient or advantageous at the moment. The rule of law, the legitimacy of our courts, the fundamental workings of our democracy all depend on that basic principle. As votes are already being cast in this election, Republican Senators are now called to apply that standard.’’

But the battles lines are drawn. The recent polls show Joe Biden leading by nine points in the NPR/PBS Newshour/Marist polls. Trump is under pressure and might see nominating a judge likely to please his voters base as a way to victory. An exit poll conducted by CBS News exit after the last presidential election revealed that “70% of Americans said appointments to the Supreme Court were the most important or an important factor in deciding their vote for president.’’ It is a race to the finish line.