"What is difference between Stalin and Hitler?" he asked 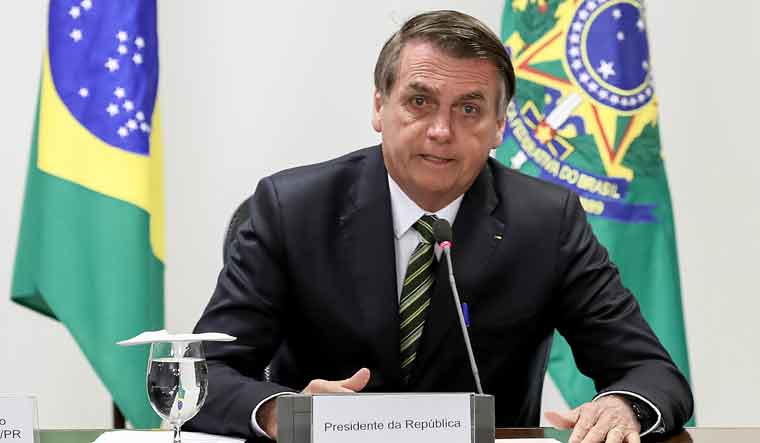 Brazilian president Jair Bolsonaro's son Eduardo Bolsonaro tweeted on Tuesday that he wants a draft law to prevent genocides like the ones "committed during invasion of Poland by Nazis and communists". Russia Times reported that Bolsonaro wants to introduce prison sentences for the production, sale or distribution of the hammer and sickle and five-pointed star imagery, classifying it as a hate symbol.

Eduardo had later tweeted a video where he explained why he thinks Brazil should criminalise Nazism and communism, the harm caused by these systems. "What is the difference between Stalin and Hitler?" he asked.

Both president Bolsonaro and his son, controversial figures in the country, have made their distaste against communism and communists known on multiple occasions, making relations with countries like China and Russia very difficult. President Jair once even spoke about eliminating all socialists. He had provoked China, Brazil’s top export destination, by visiting Taiwan during his presidential campaign. Sino-Brazilian relations deteriorated further after Eduardo criticised the absence of democracy and transparency in China and also its handling of the COVID-19 pandemic.

The Chinese embassy in Brasilia had made a scathing counterattack, saying the president’s son had contracted a “mental virus” while he was in the United States.

Bolsonaro’s ministers, however, are competing with each other to impress the boss with their own incendiary statements. Foreign Minister Ernesto Araújo wrote that COVID-19 “could be a global project to transform the world into a concentration camp and impose communism via the ‘comunavirus’”. Education Minister Abraham Weintraub tweeted that the pandemic would serve Chinese interests. In his tweet in Portuguese, he substituted the letter ‘r’ in ‘Brazil’ with ‘L’ so that it read ‘BLazil’, a style used to mock Chinese accents. The Chinese ambassador called Weintraub a racist and the Supreme Court has ordered an investigation into the minister’s action.