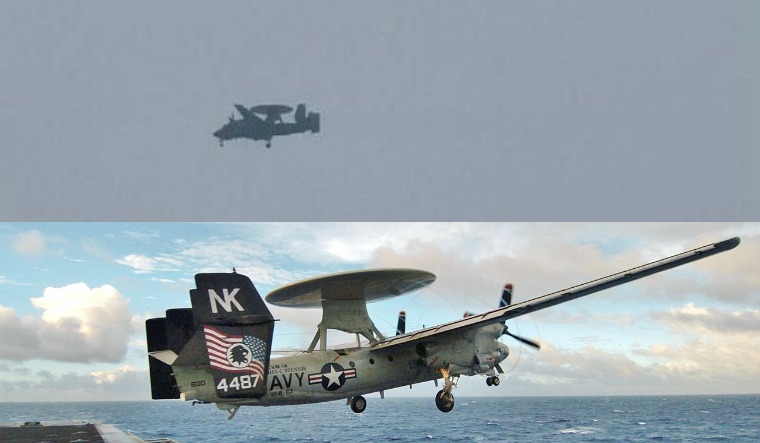 Chinese state media, effectively, confirmed on Tuesday what foreign media outlets and social media handles had been reporting for days: The first flight of a new airborne-early warning aircraft.

The Global Times daily reported on Tuesday that the new airborne early-warning aircraft, "reportedly called the KJ-600", made its maiden flight in late August.

The only fixed-wing airborne early-warning aircraft operating from aircraft carriers today is the US Navy's E-2 Hawkeye. The Hawkeye, which is also used by the French Navy on its aircraft carrier, has been in operation for over five decades and has seen multiple upgrades of its radar.

The KJ-600 has a design that is similar to the E-2, with its radar mounted atop the fuselage.

"China's aircraft carriers currently rely on early-warning helicopters to do the job, but they can only carry smaller radars, have limited speed, and only cover a radius of about 200 kilometres, while a fixed-wing early-warning aircraft can cover about 400 to 500 kilometres," Wang was quoted as saying by Global Times. 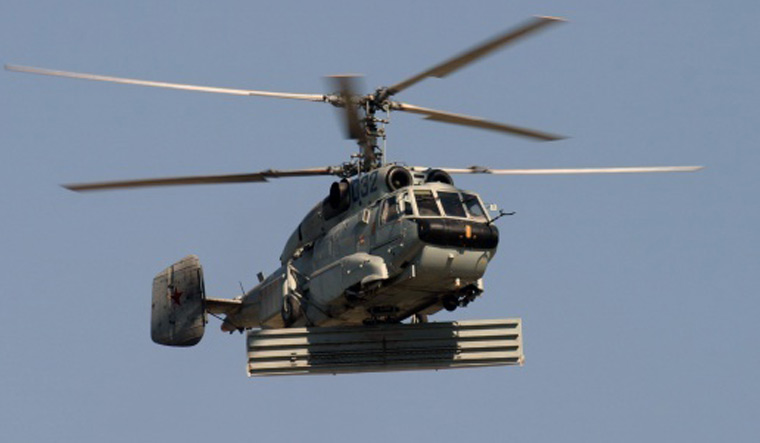 The Indian Navy uses a helicopter-borne airborne-early warning system from Russia, mounted on the Ka-31 helicopter, for its aircraft carriers. In addition to the smaller size and power of radars mounted on helicopters, choppers are also hampered by slower speed, lower operating altitude and endurance than fixed-wing aircraft. One of the primary roles of airborne early-warning aircraft on aircraft carriers is to provide surveillance to prevent possible attacks on ships. A higher operating altitude for the plane would allow for attacking aircraft and enemy missiles to be detected at longer distances.

Interestingly, the E-2 Hawkeye has been offered to the Indian Navy several times. However, the E-2 Hawkeye, which has a loaded weight of over 20 tonnes, is typically operated off ships that have catapults, which impart higher momentum to the aircraft to take off. The E-2 would not be able to take off with full fuel load from the Indian Navy's current aircraft carrier, INS Vikramaditya, which lacks a catapult.

The Global Times reported, "There is no evidence yet if the KJ-600 can operate on China's current two aircraft carriers, the Liaoning and the Shandong, which use ski-jump flight decks without catapults. China's third aircraft carrier is expected to use a flat flight deck with electromagnetic catapults, which will be compatible with the KJ-600..."

In 2017, Popular Science profiled the KJ-600 programme. "Given current Chinese combat datalinking capabilities and future plans, the KJ-600 will likely be able to guide aircraft as well as help target long-range Chinese missiles and integrate data from multiple platforms into a single stream," Popular Science noted.

Analysts have argued China is aiming to have six aircraft carriers in service by 2035. A robust airborne early-warning capability, offered by the KJ-600, would be intrinsic to China's attempts to rival the US Navy and also project power across the South China Sea and into the Indian Ocean.

"Implications of KJ-600 AEW a/c: China’s next carrier will be equipped with catapult(s). Steam driven cat could mean nuclear-powered ship? If electro-magnetic, it represents huge stride in high-tech. Note impetus given to PLAN by CMC, even as our 2nd carrier languishes in Kochi," Prakash tweeted on Monday.