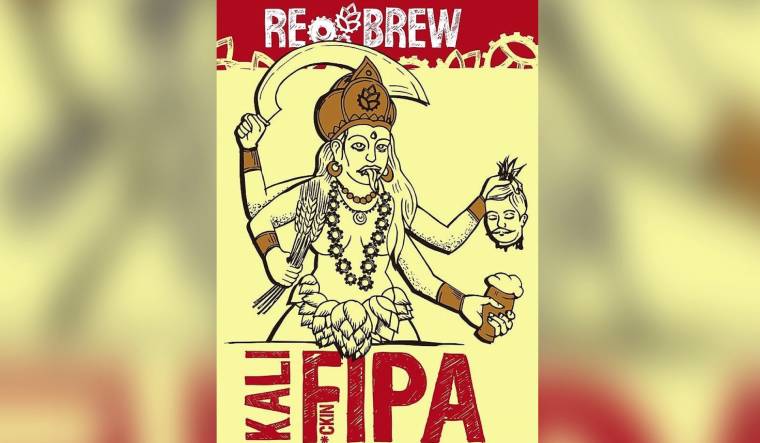 Hindus in Ukraine, upset over a beer named ‘Kali F*ckin IPA’, want Reformation Brewery based in Brovary to withdraw the beverage and apologise. They said they found the beer named after the Hindu goddess highly inappropriate.

Hindu statesman Rajan Zed, in a statement in Nevada, US, said that inappropriate usage of sacred Hindu symbols or deities or concepts or icons for commercial or other agenda was not okay as it hurt the devotees. On August 24, Pressure Drop Brewing and Big Ditch Brewing Company based in Buffalo, New York apologized and discontinued their collaboration beer ‘Aqua Shiva’ named after a Hindu deity; within few hours of protests by the Hindu community, who had called it “highly inappropriate”.

Zed, who is president of Universal Society of Hinduism, indicated that goddess Kali was highly revered in Hinduism and she was meant to be worshipped in temples or home shrines and not to be used in a re-imagined version for pushing beer. Breweries should not be in the business of religious appropriation, sacrilege, and ridiculing entire communities. It was deeply trivializing of divine Hindu deity to be placed in such a manner, he emphasized.

Hinduism is one of the oldest and third largest religions of the world with about 1.1 billion followers. It carries forward rich philosophical thought, which should not be taken frivolously. Goddess Kali, who personifies Sakti or divine energy, is widely worshipped and considered the goddess of time and change, he added.

“Kali F*ckin IPA” was described as: “an American-style IPA with a bright aroma of tropical fruits, grapefruit and lime. It will satisfy the most demanding hopheads and will not leave anyone indifferent”.