The two countries will have an oversight mechanism meeting on Monday 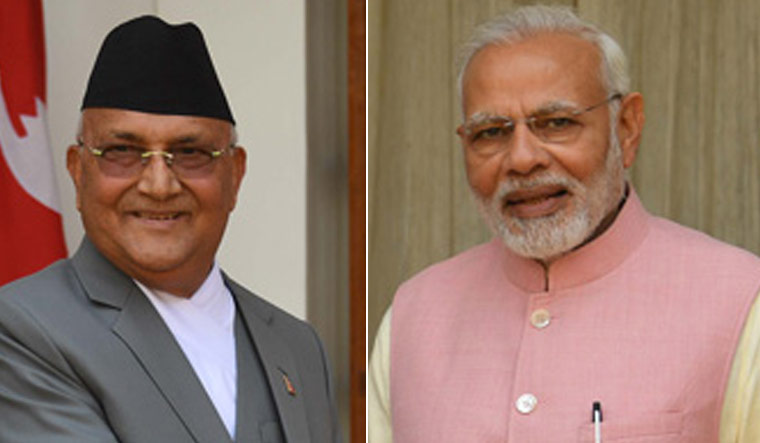 Nepal Prime Minister K.P. Oli on Saturday called up Prime Minister Narendra Modi to greet him and the people of India on the occasion of Independence Day—the first interaction between the two leaders since the Kalapani border row.

“The Prime Minister of Nepal greeted the Government and People of India on the occasion of its 74th Independence Day, and also conveyed congratulations for India’s recent election as a non-permanent member of the UN Security Council,” the ministry of external affairs said in a release.

The leaders expressed mutual solidarity in the context of the efforts being made to minimise the impact of the COVID-19 pandemic in both countries. Modi offered India’s continued support to Nepal in this regard.

Thanking Oli for his call, Modi noted the civilizational and cultural links that India and Nepal share.

The phone call is the highest-level contact between the two sides since tensions soured over the disputed Kalapani, Lipuleh and Limpiyadhura border territories. The release did not make mention of the issue.

Normally close ties between India and Nepal grew strained following India’s abrogation of Jammu and Kashmir in 2019 when a new political map was published by India. While the external boundaries of the country remained the same, Nepal took umbrage at the continued inclusion of Kalapani, Limpyudhara and Lipulekh—regions under Indian control but that have been disputed by Nepal.

India’s inauguration of an 80km road between Dharchula in Uttarakhand to the Lipulekh Pass in May prompted Nepal to issue a press note stating that the three territories belonged to India. The MEA responded saying that the road lay completely within Indian territory and followed pre-existing routes used by pilgrims to Kailash Mansarovar.

Since then, Nepal has taken a more aggressive stand on the border issue, with political parties uniting over ideological divides to unanimously pass a bill approving a new map of Nepal, which incorporated the territories controlled by India. India responded to the new map calling it “untenable” and “an artificial enlargement of claims..not based on historical fact or evidence”.

Following the map change, Nepal PM Oli has also made headlines for provocative statements about India: From insulting the national emblem to claiming that the birthplace of Lord Ram was not in Ayodhya but in Nepal.

Saturday’s call was the first contact between Modi and Oli in four months.

India and Nepal have scheduled an oversight mechanism meeting on August 17, between the Indian ambassador to Nepal, Vinay Mohan Kwatra, and the Nepal Foreign Secretary Shankar Das Bairagi.

The meeting, the eight in four years, is part of a mechanism instituted in 2016 to create a regular review of the ongoing bilateral economic and development projects.

India had recently gifted ten ventilators worth Rs 2.8 crore to Nepal. India had earlier provided medical supplies and testing kits, with the two countries working together to combat the spread of COVID-19 in the region.