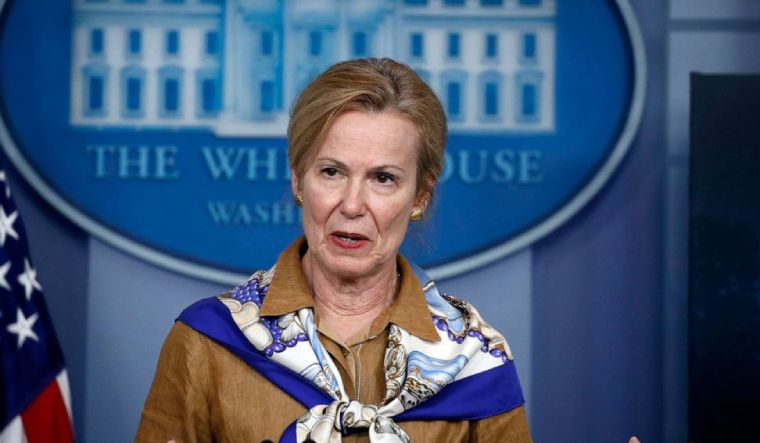 Birx had said that the pandemic is more widespread and urged people to follow measures like social distancing, avoid large gatherings and wearing masks.

“So Crazy Nancy Pelosi said horrible things about Dr Deborah Birx, going after her because she was too positive on the very good job we are doing on combatting the China Virus, including Vaccines & Therapeutics. In order to counter Nancy, Deborah took the bait & hit us. Pathetic!” Trump tweeted.

Pelosi in an earlier interview had said that said Birx was the “worst”.

“I don’t have confidence in anyone who stands there while the president says, swallow Lysol, it’s going to cure your virus. It’ll kill you and you won’t have the virus anymore,” Pelosi was quoted as saying in a report. “There has to be some responsibility. So if the president is saying these things, who’s advising him that this is OK and enabling that to happen while millions of people have died?” she went on.

Birx, however, has now agreed with the Centre of Diseases Control over reopening of schools, adding that it should remain shut in counties with significant community spread. This is not in line with the president’s insistence on reopening schools.

Trump’s denunciation of Birx underscored how shaky the administration’s policy rationales have been on critical pandemic-related matters.

In the meantime, Trump also said that America is doing “very well” in the fight against the Covid-19 pandemic when compared to other countries, adding that India is having a “tremendous problem” battling the disease and China is witnessing a “massive flare-up”.

India’s Covid-19 tally increased to 18,55,745 on Tuesday with 52,050 people testing positive for coronavirus infection in a day.

China on Tuesday reported 36 new cases across the country, down from 43 the previous day. As such, compared to larger countries, the US is doing much better in the fight against the coronavirus, he said.

“No other country is even close to that. We’ve tested 60 million people, in many cases about 50 per cent, now rapid-fire, meaning five to 15 to 20-minute tests where you get the results almost immediately. Nobody has anything like that. Nobody. And I think we’re just doing very well,” Trump said.

Trump said that the US is beginning to see evidence of significant progress. Nationwide, the number of positive cases has declined by nearly six per cent from the week before, and the positive test rate has also dropped from 8.7 per cent to 8 per cent over that same period.