Hume was instrumental in the signing of the Belfast Agreement 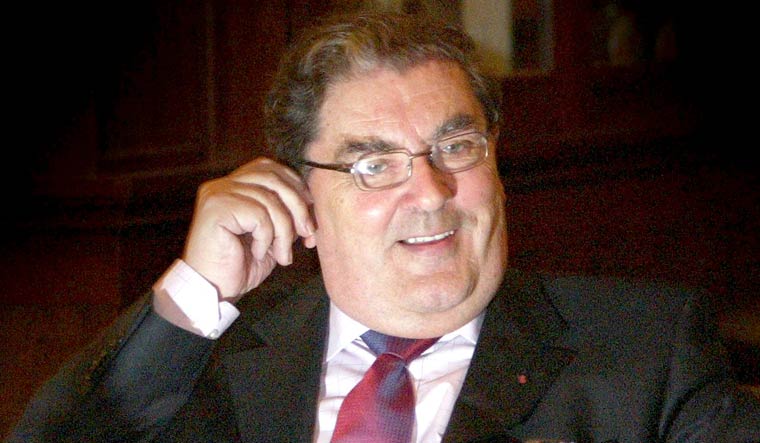 John Hume, the politician credited as the architect behind the peace agreements that ended the Troubles in Northern Ireland, has died at 83.

Hume, who shared the Nobel Peace Prize with John Trimble in 1998 for their work in finding a “peaceful solution to the conflict in Northern Ireland”.

Hume was the leader of the Social Democratic and Labour Party (SDLP) party, while Trimble led the Ulster Unionist Party; despite their parties’ nationalist and unionist ideologies, the two were instrumental in putting together the foundation for the all-party Belfast Agreement in 1998 that largely ended the Troubles—a long-running conflict in Northern Ireland that had ebbed since the 1960s, costing over 3,500 lives and injuring tens of thousands.

As the Catholic leader of the moderate Social Democratic and Labour Party, Hume was seen as the principal architect behind the peace agreement. A civil rights leader who joined the Northern Irish civil rights movement in the 1960s, Hume saw nationalism as a declining force.

He sought the notion of extending self-government to Northern Ireland with power divided among the groups forming it.

“Ireland is not a romantic dream; it is not a flag; it is 4.5 million people divided into two powerful traditions,'' he said.

“The solution will be found not on the basis of victory for either, but on the basis of agreement and a partnership between both. The real division of Ireland is not a line drawn on the map, but in the minds and hearts of its people,” he said.

The Social Democratic and Labour Party tweeted on his death, “I never thought in terms of being a leader. I thought very simply in terms of helping people’. Nobel Laureate and former SDLP Leader John Hume passed away last night. We all live in the Ireland he imagined - at peace and free to decide our own destiny. Thank you, John.”

Irish Prime Minister Leo Varadkar tweeted, “Today, we mourn the passing of one of Ireland’s greatest ever sons. He ranks alongside O’Connell and Parnell in the pantheon of Ireland’s great leaders. He was a patriot, a peacemaker, a democrat, and a great great Derryman. RIP John Hume.”