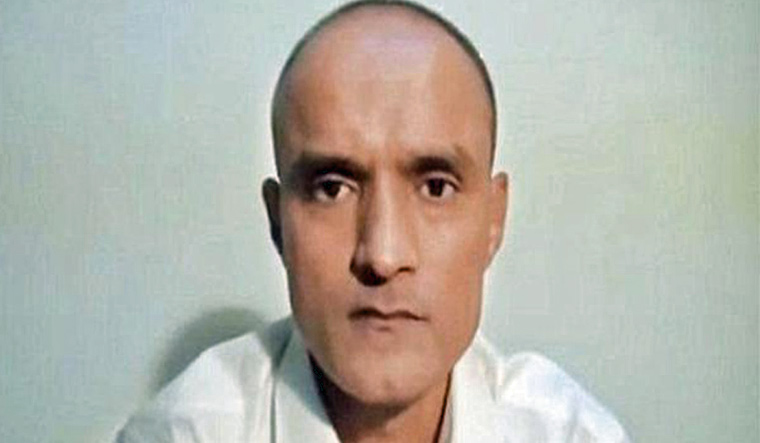 India is assessing legal options in the Kulbhushan Jadhav case. On Wednesday, Pakistan announced that Jadhav, on death row and accused of spying, has chosen not to file a petition for review in his death sentence.

“We are assessing our legal options and remain committed to protecting [the] life of our Indian national’’ said Anurag Srivastava, spokesperson for the ministry of external affairs, at the weekly video briefing.

Pakistan has claimed that the Indian High Commission had been invited to file a review petition in Islamabad High Court even if Jadhav refused.

On May 2020, Pakistan issued an ordinance to review the sentence awarded by the military court, as directed by the International Court of  Justice. Jadhav had 60 days to file the review petition in the Islamabad High Court. In a special press conference on Wednesday, Pakistan claimed that it was willing to allow Jadhav to meet his father and wife on humanitarian grounds.

The Jadhav case is one of the biggest legal battles fought between India and Pakistan. Jadhav, a former naval officer, had been arrested in 2016 in Pakistan. He was accused of spying and sentenced to death.

India took the matter to the ICJ. In 2019, the ICJ ruled in favour of Jadhav offering him a lifeline. The verdict of the ICJ—a win for Jadhav—had held that Pakistan had to “provide, by the means of its own choosing, effective review and reconsideration of the conviction and sentence'' of  Jadhav, so as to ensure that full weight is given to the effect of the violation of the rights set forth in Article 36 of the Vienna Convention.

Jadhav was “sentenced to execution through a farcical trial,’’ the ministry of external affairs statement read. “Since 2017, when Military Court carried out a farcical trial, Pakistan has refused to hand over any relevant document, including FIR, evidence, court order, etc in the case to India. Clearly, Pakistan is attempting to create a mirage of compliance with the ICJ judgment,’’ Srivastava said in a statement.

The relations between India and Pakistan have been at their lowest in the last few years. The two countries have reduced their diplomatic staff by 50 per cent at the High Commission.

The two have also been at loggerheads over the Kartarpur Corridor, which had been inaugurated in November last year.

Pakistan, has recently, thrown open the corridor in violation of the mutual agreement. "We are consulting various stakeholders,'' said Srivastava when asked how India reacts to the opening of the corridor.