From Kuwait to US, the many woes of the Indian diaspora

From student to H-1B visas, the new US policies are a headache for Indians abroad 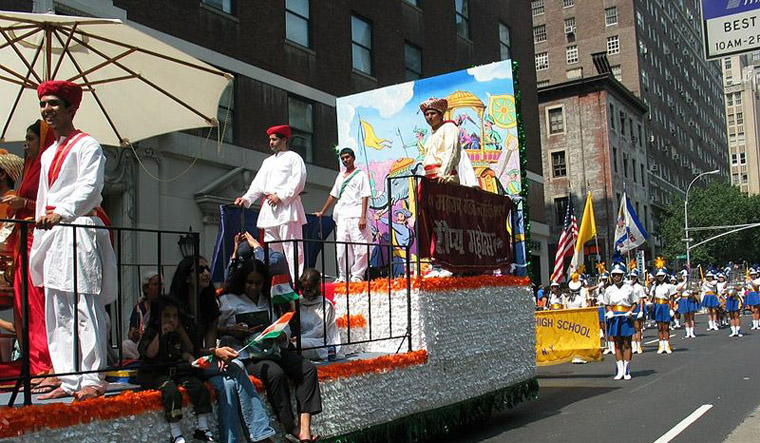 On Tuesday, the US agency Immigration and Customs Enforcement (ICE) announced that foreign students pursuing degrees in America will have to leave the country or risk deportation if their universities switch to online-only classes in this fall, referring to the September-to-December semester. What do these new rules imply?

To put it simply, if a US university goes completely online because of, say, an outbreak of the coronavirus, foreign students at the university will have to head back to their home countries (the current guidelines say nothing about possible travel restrictions that might exist back home). This also means that Indian students who are set to attend the new semester cannot enter the US (if their university goes completely online) under the new restrictions. The rule applies to holders of F-1 and M-1 non-immigrant visas, which allow non-immigrant students to pursue academic and vocational coursework respectively.

Students of universities offering a hybrid model—mix of online and in-person classes—will be allowed to stay on in the US, or enter the country. However, such schools have to issue a certificate for their students saying the teaching programme is not entirely online, and that the student is taking the minimum number of online classes required to make normal progress in their degree programme.

The new ruling, which will predominantly affect Indian and Chinese students, has received flak from all quarters. Harvard University President Larry Bacow said in a statement that "we are deeply concerned that the guidance issued by US Immigration and Customs Enforcement imposes a blunt, one-size-fits-all approach to a complex problem giving international students, particularly those in online programs, few options beyond leaving the country or transferring schools."

US Senator Elizabeth Warren tweeted: "It is senseless, cruel, and xenophobic. @ICEgov and @DHSgov must drop this policy immediately."

Senator Bernie Sanders said that the "cruelty of this White House knows no bounds."

Ajay Jain Bhutoria, a member of National Finance Committee for Democratic presidential candidate Joe Biden described the move as unfair. "Students from India and other countries will suffer through these restrictions. They will be either forced to take in-person classes while exposing themselves to a higher risk of getting the coronavirus or have to go back to India without certainty if they will be allowed to come back," he said.

India also raised this decision with the US, during an online interaction between Foreign Secretary Harsh Vardhan Shringla and US Under Secretary of State for Political Affairs David Hale. Reports claimed that the US side took note of it and said they will keep the best interests of the Indian students in mind, and would try and mitigate the impact of the decision. It also conveyed to India that detailed guidelines for implementation of the decision are yet to come out.

With the outbreak of the coronavirus, the vast Indian diaspora in all parts of the world—from the Middle East to the West—have suffered considerably from the pandemic and its associated uncertainties.

If, in the UK, people of Indian origin were found dying disproportionately of the virus, visa uncertainties mounted for all classes of immigrants in the US, and employment fears are rising in the Middle East.

Anti-expat rhetoric has spiked in the United Arab Emirates (UAE) and other parts of the Middle East (which host a vast number of Indians), as the oil-based economies struggle to deal with the crushing economic consequences of the pandemic. Kuwait was the first country to announce solid measures. Some 8 lakh Indians could be forced to leave Kuwait after a parliamentary committee approved a draft expat quota bill seeking to gradually slash the number of foreign workers in the Gulf country.

According to the bill, Indians should not exceed 15 per cent of Kuwait's population. This could result in 8,00,000 Indians leaving Kuwait, as the Indian community constitutes the largest expat community in the country, totalling 14.5 lakhs, the Gulf News reported.

The current population of Kuwait is 43 lakh, with Kuwaitis making up 13 lakh, and expats accounting for 30 lakh.

Last month, Kuwait's Prime Minister Sheikh Sabah Al Khalid Al Sabah proposed reducing the number of expats from 70 per cent to 30 per cent of the population, the report said.

Assembly Speaker Marzouq Al-Ghanem told Kuwait TV that he and a group of lawmakers will submit to the Assembly a comprehensive draft law calling for a gradual reduction of expats in Kuwait. "Kuwait has a real problem in its population structure, in which 70 per cent are expats," the speaker said, adding that what is more serious is that 13 lakh of the expats "are either illiterate or can merely read and write", which the people Kuwait does not really need, the Kuwait Times reported.

There are growing fears that Kuwait's actions could be mirrored across the Middle East.

The student visa issues aside, Indians also face uncertainties in other crucial US visa categories like the H-1B. In the final week of June, Trump had issued a proclamation to suspend H-1B visas—a move which is expected to affect a lot of Indian IT professionals—along with other foreign work visas for the rest of the year. Trump said the step was essential to help millions of Americans who have lost their jobs due to the current COVID-19 induced economic crisis.

The proclamation suspends and limits entry into the US of H-1B, H-2B and L visas and their dependents till December 31, 2020. It also includes certain categories of J visas like an intern, trainee, teacher, camp counselor, or summer work travel programme.

H-1B allows highly skilled people to work in the US, and has been used by software companies to take skilled IT professionals from India to the US to run outsourced projects for US firms. 90 per cent of applicants for the H-1B visa are from India. There are a total of over 4 lakh H-1B visa holders in the US, and over three-fourths are Indians. There are also a significant number of Indian L-Visa holders in the US.

The new rule would apply to those who are outside the US, do not have a valid non-immigrant visa and an official travel document, other than a visa to enter the country. According to the proclamation, it does not have an impact on lawful permanent residents of the United States and foreign nationals who are spouses or child of an American citizen.