Yanxiong, who also has vast experience in education and publicity sectors 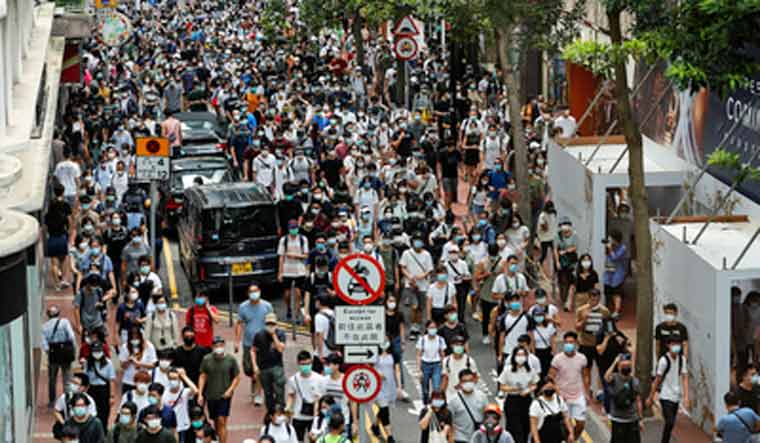 China's cabinet announced that it had appointed Zheng Yanxiong as the director of the mainland's new national security agency in Hong Kong. According to China's official news agency, Yanxiong will have a lead in finalizing law-enforcement mechanisms and fulfilling the central government's ultimate responsibilities over national security matters in Hong Kong.

Yanxiong most recently served as the secretary-general of the Communist Party committee of the southern province of Guangdong.

He is known to have taken a hard-line stance in 2011, when villagers from Wukan staged a protest seeking compensation for land requisitioned by the government. At the time he was the party chief of the southern city of Shanwei.

Yanxiong, who also has vast experience in education and publicity sectors, has previously worked for Guangzhou University of Chinese Medicine and the Huanan branch of the People's Daily early in his career.


The new office will operate with high authority and work with existing central government institutions. It will also work closely with office of central government liaison and foreign ministry commissioner's office, as well as the People's Liberation Army Garrison in Hong Kong, to jointly safeguard national security through sharing intelligence and analysis.