The government says they will proceed with the construction despite opposition 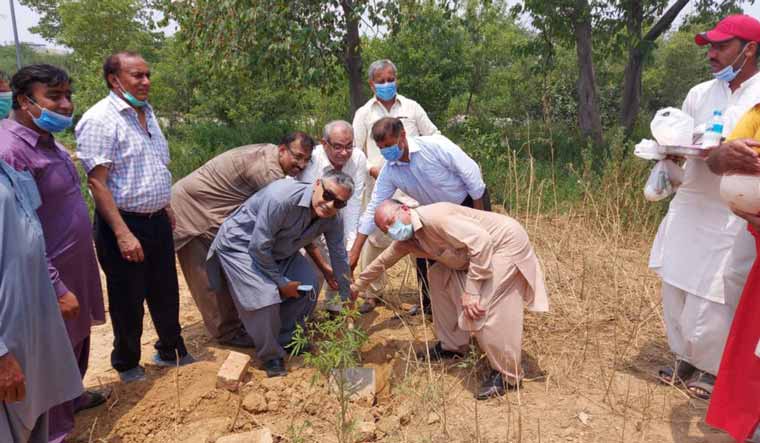 The Pakistan Muslim League-Quaid (PML-Q), a ruling ally of the Imran Khan government, has opposed the construction of a Hindu temple in Islamabad, asking its coalition partner to scrap the project as it is "against the spirit of Islam."

“Pakistan was created in the name of Islam. Construction of a new Hindu temple in its capital is not only against the spirit of Islam but also an insult to Riayasat-e-Madina (Islamic welfare state),” Punjab Assembly Speaker Chaudhry Pervaiz Elahi said.

“My party, however, supports the rights of minorities. Existing temples were renovated during my tenure as Punjab chief minister. I had got Katas Raj temple repaired,” he said.

Reacting to the objection of its ally, Punjab Information Minister Fayyazul Hasan Chohan from the Pakistan Tehreek-e-Insaf (PTI) party said that despite opposition from some parties the temple project will go ahead as per plan.

“The land for the Hindu temple was allocated in 2016 by the Pakistan Muslim League (N) government. Basically it was the project of the PML-N government,” he said.

PML-Q parliamentarian Moonis Elahi said that Pervaiz Elahi was suggesting that the temple should be built in Sindh province where there is a dense hindu population.

As per plans, the Krishna temple will come up in a 20,000 sq ft plot in the capital's H-9 area. The groundbreaking ceremony for the temple was performed by Parliamentary Secretary on Human Rights Lal Chand Malhi last week.

Malhi said there were several pre-independence era temple structures in Islamabad and its adjoining areas, including one at Saidpur village and at the hill point overlooking the Korang river near Rawal lake. However, they are all abandoned.

“While the official formalities are underway, we have decided to continue the initial ground works including the levelling of the land and erecting the boundary wall,” Malhi said.

The Hindu population in Islamabad is around 3,000, which includes government and private sector employees, members of the business community and a large number of doctors.

The Hindu Panchayat Islamabad will manage the Shri Krishna Mandir. The panchayat’s president Mahesh Chaudhry said a large number of people from various parts of the country, including Balochistan and Sindh, had shifted to Islamabad, mainly due to insecurity in those areas.

“Now when we have families here, there is a need for a crematorium, a place for collective prayers and marriage ceremonies,” Chaudhry said.

Majority of Pakistan's Hindu population is settled in Sindh province where they share culture, traditions and language with their Muslim fellows.