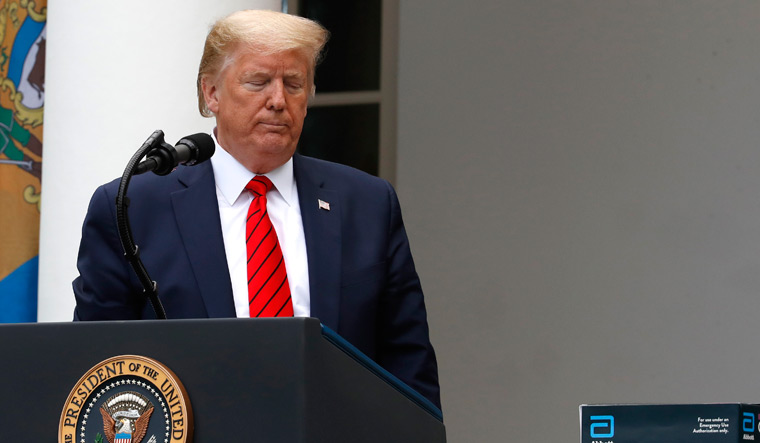 A New York judge on Tuesday temporarily blocked the publication of an unflattering tell-all book written by President Donald Trump's niece that Simon & Schuster was set to publish in July.

Mary Trump, the president’s niece, has written a book that reveals how the Trump family has shaped the man President Trump has turned out to be. Mary is the daughter of Fred Trump Jr., Donald Trump’s estranged brother.

According to Judge Hal B. Greenwald of the New York State Supreme Court, the book violated a confidentiality agreement related to the president’s father, Fred Trump Sr. Robert S. Trump, the younger brother of the president, sought to block the book by Mary Trump. “Robert Trump is very pleased with the New York Supreme Court's injunction against Mary Trump and Simon & Schuster,” Charles Harder, Robert Trump's attorney, was quoted as saying by CNN.

“We will immediately appeal,” Boutrous said. “This book, which addresses matters of great public concern and importance about a sitting president in an election year, should not be suppressed even for one day”.

The book, titled Too Much and Never Enough: How My Family Created the World’s Most Dangerous Man, was slated to be released on July 28.

Officials at Simon & Schuster said they planned to appeal against the decision to the New York State Supreme Court’s Appellate Division and added that blocking the book from being published would “impose extraordinary economic harm” to the company.

Simon and Schuster had already printed 75,000 copies of the book, which had been shipped to booksellers and online retailers.

An official from Simon & Schuster was quoted as saying that the publishers were not aware of any confidentiality agreement Mary Trump had agreed to until “about two weeks ago, well after the book had been accepted, put into production and printing had begun”.

Simon & Schuster describes the book as a “revelatory, authoritative portrait of Donald J Trump and the toxic family that made him”.