China had been insisting its nuclear power status be considered equal to UK, France 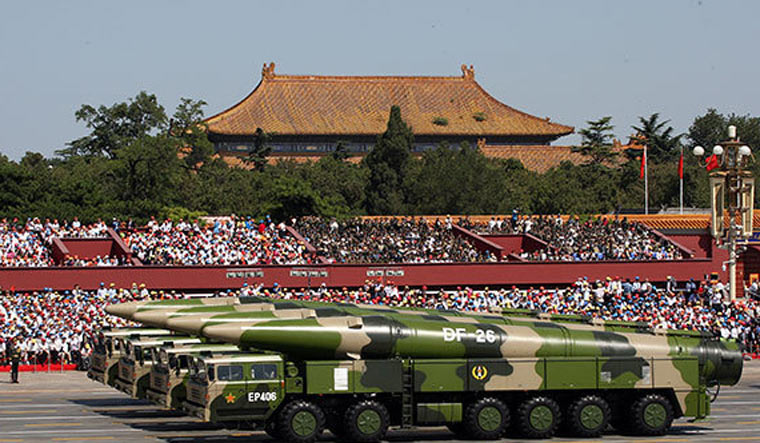 China is engaged in a "crash nuclear programme" at its main nuclear test facility, a senior US official responsible for arms control negotiations has said.

The Times newspaper of the UK reported on Tuesday that Marshall Billingslea, US special presidential envoy for arms control, had claimed China was engaged in a "secretive and destabilising" nuclear programme. Billingslea told officials of NATO's North Atlantic Council that China was working on a range of short-range, medium-range and long-range missile systems.

Billingslea claimed China was engaged in "year-round" activity at its nuclear test facility at Lop Nur in Xinjiang province.

Billingslea took part in negotiations with Russian officials last week to decide on a replacement to their bilateral Strategic Arms Reduction Treaty (START), which is due to expire next February. The US had been demanding that China be part of a new treaty, but Beijing has refused. China had even been sent an invitation for last week's meeting with Russia and the US.

China had been insisting that its nuclear power status be treated as being equal to the UK and France. Both the UK and France claim to uphold the concept of 'credible minimum' nuclear deterrence.

Billingslea called on China to join the arms control talks for a new treaty, arguing it had moved beyond the concept of credible minimum deterrence. Billingslea was quoted by The Times as telling NATO officials, "Apparently they intend to achieve some form of nuclear parity with both the United States and Russia, and whether that parity is qualitative at the outset or perhaps quantitative, this seems what they are determined to do,” he said.

When US President Donald Trump announced in 2018 that he was ending US participation in a treaty that limited the range of ground-launched missiles that the US and Russia could develop to less than 5,500km, China’s growing arsenal was cited as a factor. An annual assessment of China's military capabilities to the US Congress in 2018 noted that Beijing had around 1,200 short-range ballistic missiles (with range less than 1,000km) and nearly 300 medium-range ballistic missiles (with range between 1,000km to 3,000km). Such weapons would threaten US allies and forces in Taiwan, Japan, South Korea and Guam.