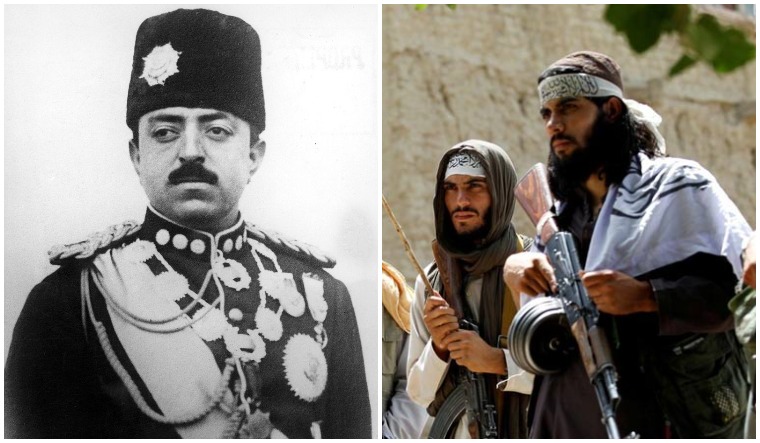 An agreement has been signed in Doha, Qatar, between the US government and the Taliban to end the 18-year war in Afghanistan. Under that agreement, US troops will be withdrawn from Afghanistan in 14 months.

One should ordinarily have welcomed a deal which brings peace to Afghanistan. The Afghan people have suffered a lot by the conflict which has ravaged their country. But the question is whether they can prosper under Taliban rule ? We submit they cannot, and would like to present our view.

Before we do so, we wish to state that we admire the Afghan people because of their love for freedom. Their country was repeatedly invaded but they never surrendered before the invaders—whether it was Alexander the Great, the Mughals, the British, the Russians or the Americans—and turned their country into a graveyard of the invaders.

However, in our opinion expelling an invader is not enough. The Afghan people must have modern-minded leaders like Mustafa Kemal Atatürk of Turkey who are determined to rapidly industrialise and modernise their country, if they wish to prosper, and the Taliban is anything but modern-minded. They are, in fact, theological people with feudal mindsets.

To prosper, Afghans must have leaders like King Amanullah (1892-1960) of Afghanistan. Although he failed in his effort to modernise Afghanistan due to the machinations of the British imperialists hand in glove with the reactionary clerics and feudals, he deserves to be applauded for his effort.

If he had succeeded, Afghanistan would today have been a modern welfare state, with its people enjoying a high standard of living, and would have been spared all its suffering in recent times.

Amanullah was king of Afghanistan from 1919 to 1929. Before him, Afghanistan had hardly any freedom, being caught up in the rivalry between England and Czarist Russia, both of which wanted to exercise hegemony over the country.

On assuming the throne, he declared in a grand durbar:

"I proclaim myself and my country completely free, independent and sovereign in all domestic and foreign issues. My country will thus become an independent state, just as other countries of the world".

He then sent this message to the great Russian leader Lenin: “Although Afghanistan by its spirit and nature, has always been a supporter of freedom and equality, however, due to certain reasons, it was deprived of the opportunity to maintain relations with other states and peoples. I am therefore happy to send you on behalf of the Afghan people, who are striving for progress, this friendly message from independent and free Afghanistan."

Lenin responded immediately, and the Soviet Union then signed a treaty of friendship with Amanullah, inter alia providing that neither state would allow its territory to be used against the other.

This scared the British authorities, who were allergic to the idea of a free, anti-imperialist Afghanistan.

Amanullah then introduced, like Kemal Mustafa Ataturk, modern, progressive and democratic schemes in Afghanistan, to pull it out of its centuries of backwardness and poverty.

He opened up new schools and technical institutes, both for boys and girls, and planned, to develop the economy, women's emancipation, and to limit the power and influence of the reactionary clergy. He planned to send young Afghans to Europe for technical education, and banning of polygamy.

Towards the end of 1923, the first Afghan Constitution was framed and promulgated. This Constitution proclaimed the independence and sovereignty of Afghanistan.

The people were granted fundamental freedoms, equality before the law, personal freedom, and abolished religious inequality and feudal duties. The organs of the state were modernised. Land reforms were introduced, and the clergy restrained.

Amanullah went on a tour of Europe, like Peter the Great who modernised Russia, to study conditions there personally.

All these measures met with fierce resistance from the feudals, who felt that their vested interests and influence over the masses would be mortally affected, and this resistance was backed by the British imperialists who paid a huge amount of money to the Mullahs and feudal chieftains for this. The British also supplied British rifles to the Afghan rebels, and organised a military coup which deposed Amanullah in 1929.

How different Afghanistan would have been today had Amanullah succeeded.

Today, what Afghanistan needs is not the Taliban but another Amanullah if it is to become a prosperous country.

Justice Markandey Katju retired from the Supreme Court in 2011; Amile Gulzar is an advocate at Lahore High Court.