China denies delay in sharing COVID-19 data, after report says WHO was kept in dark 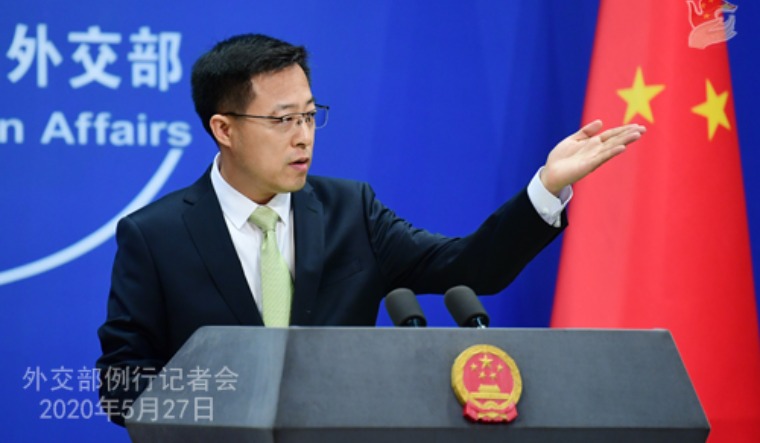 China has responded to a report citing internal documents from the World Health Organisation (WHO) that suggest the country was slow to offer up crucial data on the novel coronavirus including its genetic structure, leaving WHO officials frustrated by the delay.

Responding to the report, which was published by AP, China’s Foreign Ministry said it was “inconsistent with the facts”.

"I don't know where these 'internal documents' come from, but I can assure you that certain reports were seriously inconsistent with facts," Foreign Ministry spokesperson Zhao Lijian said at a media briefing, according to Global Times.

Lijian went on to provide a timeline of China’s coronavirus response, stating that the country had reported the epidemic to the WHO on January 3 at a time “when it had not yet figured out what pathogen caused the epidemic”.

"China's coronavirus response is open to the world, with clear data and facts that can stand the test of time and history," Zhao said.

The genetic code was shared on January 12. At the time, WHO said that it was “reassured of the quality of the ongoing investigations and the response measures implemented in Wuhan, and the commitment to share information regularly.”

Throughout January, WHO publicly praised China for what it called a speedy response to the new coronavirus and thanked the Chinese government for sharing the genetic map of the virus “immediately." This, despite evidence that early reports of the outbreak were covered up, including the penalisation of a Wuhan doctor who had warned about the virus as early as December—and who later died of the virus in hospital.

According to the AP report, Chinese officials sat on releasing the genetic map, or genome, of the deadly virus for over a week after multiple government labs had fully decoded it, not sharing details key to designing tests, drugs and vaccines.

Strict controls on information and competition within the Chinese public health system were largely to blame, AP said, citing internal documents, emails and dozens of interviews.

“Health officials only released the genome after a Chinese lab published it ahead of authorities on a virology website on January 11. Even then, China stalled for at least two weeks more on giving WHO the details it needed, according to recordings of multiple internal meetings held by the UN health agency in January—all at a time when the outbreak arguably might have been dramatically slowed,” the AP report said.

“Although WHO continued to publicly commend China, the recordings obtained by the AP show they were concerned China was not sharing enough information to assess the risk posed by the new virus, costing the world valuable time.”

WHO’s China policy has come under severe criticism as the virus claimed hundreds of thousands of lives and infected well over 6.7 million worldwide. On May 29, US President Donald Trump announced that the US would be terminating its relationship with WHO.

“China has total control over the World Health Organisation," he said while announcing measures aimed at punishing China. "Because they have failed to make the requested and greatly needed reforms, we will be today terminating our relationship with the World Health Organisation and redirecting those funds to other worldwide and deserving, urgent global public health needs," Trump said.

WHO was left in the dark

In THE WEEK’s May 10 cover package on the WHO, numerous experts criticised the organisation’s handling of China amid the coronavirus crisis, comparing its relative lack of autonomy in 2020 to how in 2003, the then WHO director-general openly condemned China for not sharing information on the SARS epidemic.

According to the AP report, while WHO did not collude with China, they were largely kept in the dark, with a top WHO official saying that at one stage they were receiving the reports just 15 minutes before the same was shared on state-owned television channel CCTV.

The report added that WHO officials attempted to publicly praise China in a bid to coax them to share data.

From the time the virus was first decoded on January 2 to when WHO declared a global emergency on January 30, the outbreak grew by a factor of 100 to 200 times, according to retrospective Chinese Center for Disease Control and Prevention data.

In late December, doctors noticed mysterious clusters of patients with unusual pneumonia. Seeking answers, they sent samples to commercial labs. By December 27, one company, Vision Medicals, had pieced together most of the genome of a new virus with striking similarities to SARS. They alerted Wuhan officials, who, days later, issued internal notices warning of unusual pneumonia.

On December 30, Shi Zhengli, a renowned coronavirus expert at the Wuhan Institute of Virology, was alerted to the disease, and by Jan. 2, her team had fully decoded it.

But when it came to sharing the genome with the world, things went awry. China's top medical authority, the National Health Commission, issued a confidential notice forbidding labs from publishing about the virus without authorisation. The order barred Shi's lab from publishing the sequence or warning of the possible danger.

Commission officials later said the order was to prevent any accidental release of the then-unknown pathogen and to ensure consistent results by giving it to four state labs to identify at the same time.

By January 5, two other government labs sequenced the virus, and another lab in Shanghai led by Zhang Yongzhen had also decoded it. Zhang warned the National Health Commission the virus was “likely infectious.” The Chinese CDC raised its emergency level to the second-highest, but did not have the authority to alert the public.