Is Pakistan lying about Taliban leader Ehsanullah's 'escape' to Turkey?

Key accused in Peshawar school attack might be in Islamabad, contrary to Pak claims 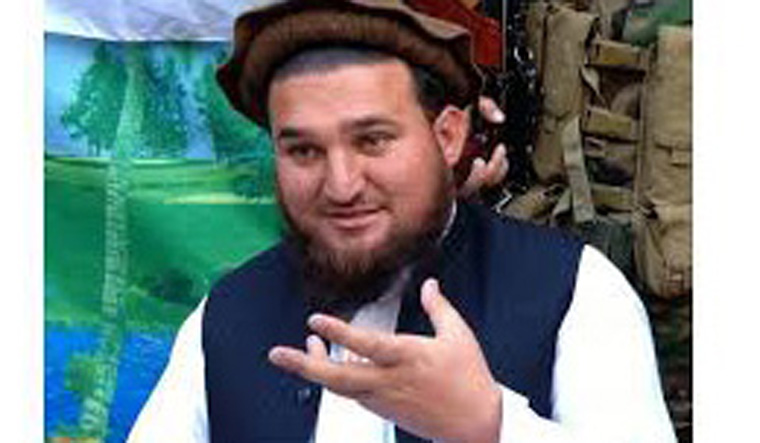 Contrary to Pakistan's claims that Ehsanullah Ehsan, the top Pakistan Taliban leader and the key accused in Peshawar's Army Public School (APS) terror attack in 2014 , had "escaped" to Turkey in February, there is emerging evidence about his presence in Islamabad, top sources told THE WEEK.

Ehsanullah's location has been traced to Islamabad, according to the latest intelligence reports. Ehsanullah Ehsan, alias Liaquat Ali alias Sajjad Mohmand, is a former spokesman for Tehrik-e-Taliban Pakistan (TTP) and its Afghanistan-based offshoot, the Jamaat-ul-Ahrar.

“Pakistan has to come clean on the whereabouts of Ehsanullah. Whether he is in Pakistan or in Turkey, it is clear that Pakistan is facilitating their movements and actions. Whether it is the Taliban in the northwest frontier province or Afghanistan, Islamabad needs to explain the access given to them ,” said Arun Choudhry, a former special director in the Intelligence Bureau.

The fresh developments are expected to come as a shocker for many families in Pakistan who have lost their near and dear ones in several terror attacks, including the horrific killing of school children in Peshawar's Army Public School on December 16, 2014. Ehsanullah is a prime accused in the case.

At least 147 people, including 132 school children were killed in the gruesome attack carried out by the TTP. Not only that, TTP and Ehsanullah are learnt to be behind the suicide-bombing at the Wagah border that killed more than 60 people in November 2014. Ehsanullah has also been linked to several deadly attacks carried out by the TTP, including that on Malala Yousufzai in 2012.

Clearly,  Ehsanullah's case seems to be more than what meets the eye. Ehsanullah’s sudden and unexplained escape from Pakistan army's custody and purported arrival in Turkey had raised questions about the complicity of the armed forces and the ISI in nurturing terrorists and using them as high-value assets, said a security official. However, when such an asset becomes a problem, there is an attempt to feign ignorance, added the official.

With fresh information trickling in about his presence in Islamabad, officials familiar with the developments said it might soon become increasingly difficult for the Pakistani spy agency to explain the sequence of events and whether it was working against the interests of the Pakistan army itself.

The fact that it has been six years since the key accused in the Peshawar army school attack is roaming freely and not been tried and convicted after his “surrender” to Pakistani military in 2017 is raising hackles in several quarters of Pakistan, especially among the families of the children who were killed in the dastardly attack.

On February 5, 2017, when Ehsanullah surrendered to the Pakistani military, the people had hoped that justice would be delivered.

But soon, the issue of how the Pakistani deep state kept him in a safe house and reached an agreement with him, even giving a safe house for his family, instigated the parents of the APS victims who sought an order from the Peshawar High Court in April 2018 barring the Pakistani military from releasing him.

Thereafter, the purported escape of Ehsanullah taking advantage of the loopholes in the high security prison in Pakistan came as the final blow to justice to the victim families. It also raised many an eyebrow of what was preventing the Pakistan ISI from taking swift action against him.

The failure of the Pakistan army in delivering justice to its own children was soon becoming a thorn in the internal affairs of Pakistan.

Interestingly, Ehsanullah has been active on social media, ostensibly using a Twitter account Ehsanofficial32@ and giving interviews from obscure locations touted to be in Turkey. He is appearing to have taken a stand against the Pakistani intelligence agencies for not keeping their side of the agreement.

In one such tweet on May 20, he said, “During imprisonment, Pakistan's intelligence agencies offered me to lead a death squad against "Pakistan enemies" and "traitors", but I refused to accept (t)his offer because I didn't want to be part of any more wars or proxies."

Ehsanullah's claims about his escape from jail on January 11, made through audio recordings, were buttressed by Pakistan Interior Minister Ijaz Shah in February. Shah, a retired brigadier general, had termed the news of his escape as “correct”, but did not explain how he had broken out of a high-security military prison and reached another country.

Ehsanullah’s claims of his purported flight to Turkey also assume significance in the backdrop of Turkish authorities raking up the Kashmir issue in February and supporting Pakistan, prompting India to reject its interference in India’s internal affairs.

Sources said the fresh developments are likely to raise further suspicion whether Ehsanullah was indeed an "asset" of the ISI in TTP and was acting as a double agent for Pakistan.

If the curtains are off on his location, there will be likely questioning by the global community, especially the anti-terrorism financing watchdog, the Financial Action Taskforce, which has put Pakistan on its grey list asking it to pull up its socks by addressing global concerns related to terrorism and terrorist-financing emanating from the territory under its control.

But before that, Islamabad may have to give some tough answers to the people of Pakistan and its army families on what is preventing it from acting against the assassins of what Pakistan calls its 9/11.