OPINION: Decoding the Chinese sense of humour and geopolitics 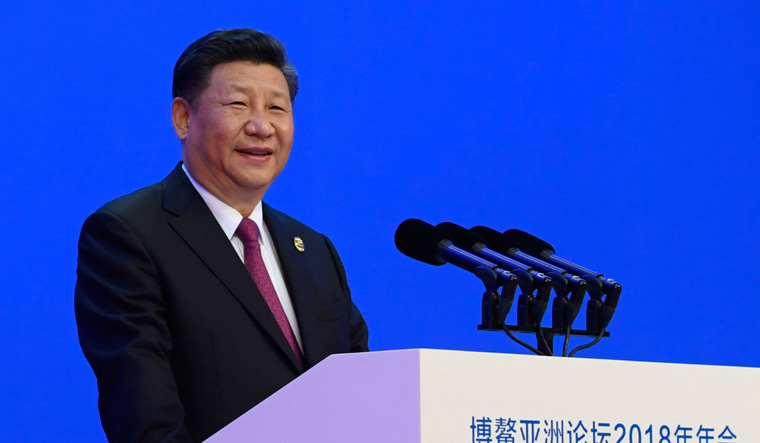 Anyone who has seen photographs of Chinese leaders, especially during the national party congresses, may feel that the Communist Party lacks a sense of humour. Indeed, the modern Chinese word for ‘humour’, youmo, was transliterated from English by Lin Yutang only in 1923. It can give the idea that the Chinese were not funny in the two thousand years prior.

The reality is that Chinese humour can often differ from traditional notions of comedy.

A typical version of Chinese sardonic humour comes in the form of what they call a “cold joke” (leng xiaohua); the joke is considered to be good when the hearers do not get it, and there is a resultant awkward silence. For example, when the raconteur says, “once upon a time, in Shanghai, there was a man called Zhao: one day he died”, those who get it would respond with “it is cold in here” or “there is a cold wind blowing”; for the rest, who do not get it, there would be an awkward silence.

When China told Mahinda Rajapaksa that Hambantota Port would be developed for the good of Sri Lanka, nobody would have said “it is cold in here” until Sri Lanka was forced to lease the port to China.

Ancient China was geographically a much smaller kingdom than the present-day People’s Republic of China. It was Kublai Khan, grandson of Genghis Khan, who amalgamated China into the great Mongol Empire, made Beijing the capital and gave China the borders it has today. The Mongol Empire was so large that today there are 16 million people all over the world who can trace their genes back to Genghis Khan. The Chinese later acknowledged Genghis Khan as a Chinese Emperor and duly laid claim to his Empire, including Mongolia.

Tibet, Xinjiang, Inner Mongolia and Manchuria are Mongolian gifts to China. The amalgamation of the rest of the great Mongol Empire has recently commenced through ‘historical claims’ and the One Belt One Road project.

The day is not far when China will announce that 16 million humans on the Silk Route have the Yuan Emperor’s genes and hence the present Emperor will rule over the areas where they live. Notice that nobody is saying, “it is cold in here”.

In the 1950s, China laid claim to approximately 3,400 square km of Pakistan-occupied-Kashmir and carried out frequent border violations. Pakistani President Ayub Khan announced that the intrusions will be repelled with force. In 1959, after the Chinese ambush of Indian patrols in Ladakh and Arunachal Pradesh, Ayub Khan proposed a joint defence union with India, stating that, “I can see quite clearly the inexorable push of the North in the direction of the warm waters of the Indian Ocean”.

The Chinese were very systematic in getting what they coveted. In 1963, they forced Pakistan to cede 3,400 sq km area of Kashmir to China, who had already started construction of the Karakoram Highway into PoK. The assimilation of Pakistan got underway with the establishment of the CPEC, the construction of Gwadar Port, the introduction of the Yuan as a currency for trade and the rise of Chinese companies calling the shots in Pakistan. After all, the great Chinese Emperor Genghis Khan’s descendants once ruled Pakistan and hence it belongs to China. Dare anyone say that there is a cold wind blowing?

The case of Bhutan is even “funnier”. In 1908, Maharaja Ugyen Wangchuk united the warring factions and became the King of Bhutan. During the coronation ceremony, China wrote to him saying that Bhutan, the Southern gate of the Chinese Empire, was under Chinese suzerainty and that the Amban (minister) proposed sending a Chinese officer there to report on the state of the economy. A few years earlier, the Chinese Amban in Tibet had sent badges of Chinese official rank, a seal, a hat, a button of imitation coral and a peacock feather, to Ugyen Wangchuk, who was then the Tongsa Penlop (one of the two prominent warring chieftains).

After the coronation, China ‘bestowed permission’ for him to wear those, which he declined. Bhutan and China came to have a boundary after the Chinese invasion of Tibet in 1959, whence the process of assimilation commenced. Bilateral dialogue to resolve boundary disputes commenced in 1963 and so far, many rounds have been completed. Since Chinese claims are ‘historical’, they occupied the contested territory when they realised that they could not browbeat Bhutan through dialogue.

A typical example is the Doklam plateau, which PLA had been violating for a long time, despite protests from Bhutan. Sensing Bhutan’s inability to retaliate, they tried to expand further, when they were stopped by Indian forces. The CCP was surprised that anyone could doubt the claims of the Emperor. The Chinese public, of course, can only know what the CCP wants them to know. They will not sense the humour if, very soon, China announces that Doklam was always part of the OBOR leading to Siliguri. Will it be funny if Chinese money and tourists flood Bhutan and the King is forced to kowtow to the Emperor sometime in the future?

Next in line appears to be Nepal. In Article 2 of the Treaty of Thapathali, signed on 24 March 1856, Nepal and Tibet had agreed that the states of Gurkha and Tibet have both borne allegiance to the Emperor of China up to the present times. Both had to pay the price of being the Emperor’s neighbour. Tibet has already been assimilated into the Empire and the process of assimilating Nepal is probably underway.

The BRI has crossed the mighty Himalayas. Infrastructure development and establishment of a large number of Confucius centres will be followed by economic aid and the introduction of the Yuan as the currency for trade and political interference. The poor Nepalese are getting a lesson in Chinese humour, but apparently, they have not been able to feel the ‘cold wind blowing’ yet.

Xi Jinping has a great dream of China being a superpower, which probably came out of the book China Dream, by PLA Senior Colonel Liu Mingfu, which says that the rise of China will introduce a golden era of Asian prosperity, with Chinese trade, culture and values setting world standards. As history has been scripted by the CCP, 1.4 billion people must believe that the ‘son of heaven’ is doing them all a favour by presiding over ‘Tian Xia’, or all under heaven, much longer than the traditional 10 years. He has embarked on distributing his largesse by establishing a Silk Road to all corners of the world. In return, those who cannot afford to give tributes need only to kowtow to the emperor.

China’s economic power seems to have numbed everyone’s senses and no one can sense ‘the cold wind blowing’. Two events of interest in the future could be that Trump has understood the youmo and hence responds with a trade war, even as China constantly tries to extend the nine-dash-line—possibly to the far side of the moon. Is it possible that the coronavirus has improved the Chinese sense of Youmo?

The author is a retired Major General and a PhD scholar with Madras University,  who was a faculty member at the National Defence College for the last four years.