More than 800 factories are operating with fewer workers than usual 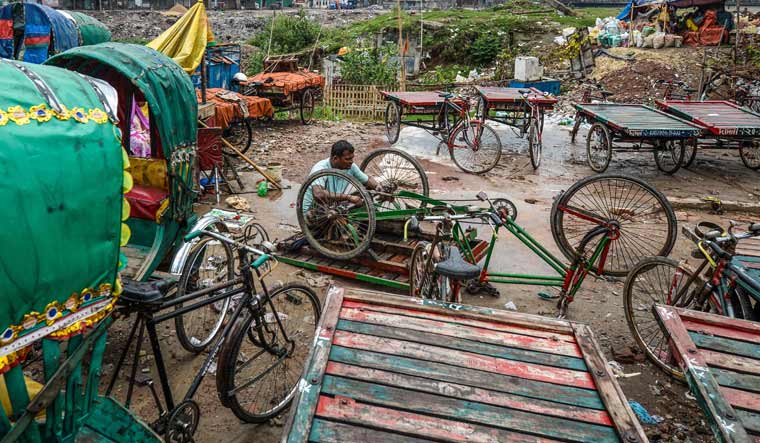 Nearly a month after keeping factories closed Bangladesh reopened hundreds of garment factories this week. Critics say this will risk igniting a sharp increase in infections.

More than 800 factories are operating with fewer workers than usual.

But labour advocates say that this isn’t enough to ensure safety for the 4 million workers in roughly 4,000 garment factories.

"The global brands are happy to see the factories opening up as otherwise a whole season would have been lost," Mohammad Abdur Razzak, secretary of the industry group, was quoted as saying in an AP report.

He said that only four of 105 factories inspected were not meeting health guidelines.

Other nations like Vietnam, China and Cambodia-- which also manufacture garments for western brands-- have already resumed operations.

According to the Bangladesh Garment Manufacturers and Exporters, more than $3.5 billion worth clothing orders have been cancelled since March.

This, combined with a decline in remittance income from overseas workers, is threatening the country's record of uninterrupted economic growth of more than 5 per cent annually since 2005.

As many as 7,667 people have been infected with the coronavirus in Bangladesh and 168 have died since its first case was reported on March 8.

Labour advocates are alarmed by how thousands of workers are rushing back to reclaim their jobs in Dhaka.

"Who will take responsibility if hundreds of workers become ill?" Kalpona Akter, executive director of the Bangladesh Center for Workers Solidarity was quoted as saying in an AP report.