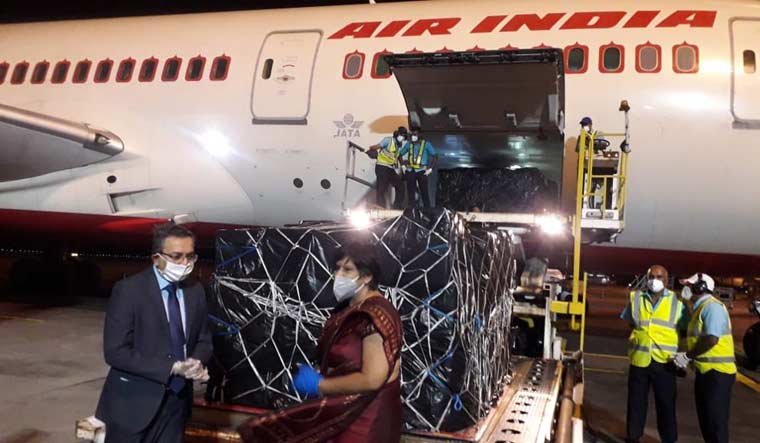 Continuing with its COVID-19 diplomacy, in which the newly licensed drug hydroxychloroquine (HCQ) is the piece de resistance, India on Wednesday sent supplies of the drug, along with other medicines, to two Indian Ocean island nations—Mauritius and Seychelles—by special Air India charters.

The Mauritius consignment comprised 13 tonnes of life saving medicines, including half a million tablets of HCQ. A second consignment will be sent in the coming weeks.

The Seychelles consignment included four tonnes of medicines, including HCQ.

India has already sent consignments of medicines to most South Asian nations— Bangladesh, Bhutan, Sri Lanka, Maldives and Nepal—and is in the process of figuring out the logistics for sending medical supplies to Afghanistan.

India had previously sent consignments of HCQ to the US, Brazil and Israel.

HCQ, of which India is the leading global producer, is an anti-malarial drug, also used in treating auto immune disorders like arthritis and lupus. With some success that has been noticed in treating COVID-19 with HCQ, along with a regimen of other antivirals  and anti pyretics, the drug is being perceived as the rescue pill, till a vaccine for the disease is developed.

Although experts are skeptical of giving too much importance to HCQ for COVID-19 treatment, after US President Donald Trump decided his country needed to stockpile it, the global demand for HCQ shot up. When India decided to restrict its exports, Trump threatened retaliation, following which India removed it from the 'banned for export' list.

However, India is doling out supplies of the medicine with great discretion. It had said it would share it with neighbouring countries who are dependent on India's capabilities and also those countries which are badly affected by the contagion. However, it is obvious that with the large supplies of the drug India has, HCQ has become a sweet pill in India's international COVID-19 outreach, where India sees itself as a leader. Paracetamol, which is used in treatment for fever, too has been removed from the list of drugs that are banned for export, and is doled out with the same discretion as HCQ.

Trump, as well as Israeli President Benjamin Netanyahu and Brazilian President Jair Bolsonaro have thanked India for providing the drug.

According to the Council for Scientific and Industrial Research (CSIR), while India has capability to step up production, the country is still dependent on China for raw materials for the drug, and efforts are now on to make the raw materials indigenously, so that there is no dependence on another nation. At present, India produces 70 per cent of the global demand for HCQ.

Pakistan has not made a request for HCQ yet, and remains the only neighbour not to have asked for it. India, meanwhile, is in talks with the Pakistani government to help evacuate around 180 Pakistani nationals who are stuck in India because of the lockdown and want to go back home.