Why sharing hydroxychloroquine is essential for India's COVID-19 diplomacy 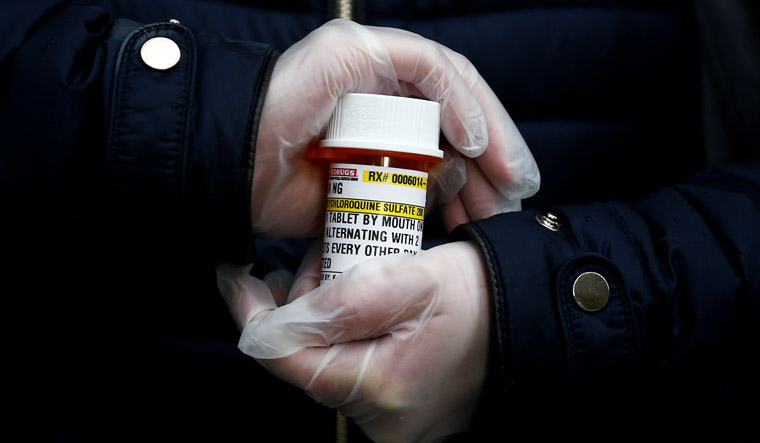 There actually wasn't much choice for India. With hydroxychloroquine (HCQ) being touted by US President Donald Trump as the proverbial silver bullet in the battle against COVID-19, and India being one of the top producers of that generic drug, there was too much pressure against keeping the age-old anti-malarial drug for domestic use alone. So, the Ministry of External Affairs (MEA), on Tuesday morning, announced that India has decided to “licence paracetamol and HCQ to all neighbouring countries who are dependent on our capabilities". "We will also be supplying these essential drugs to some nations who have been particularly badly affected by the pandemic," the ministry said. In light of the coronavirus pandemic, India had banned export of the drug to ensure its sufficient availability in the domestic market.

Said MEA's new spokesperson Anurag Srivastava, “Like any responsible government, our first obligation is to ensure that there are adequate stocks of medicines for the requirement of our own people. In order to ensure this, some temporary steps were taken to restrict exports of a number of pharmaceutical products. Meanwhile, a comprehensive assessment was made of possible requirements under different scenarios. After having confirmed the availability of medicines for all possible contingencies currently envisaged, these restrictions have been largely lifted.” Paracetamol and hydroxychloroquine (HCQ) will be kept in a licensed category and their demand position will be continuously monitored. However, the stock position could allow Indian companies to meet the export commitments that they are contracted to.

Though the MEA, in its statement, did not mention nations by name, it is clear that the US will be one of the beneficiaries of the decision. Indeed, the US is now the most badly affected country by COVID-19 in the world. Trump and Modi had spoken a few days back, after which Trump had openly threatened India with “retaliation” if the country did not supply the drug to the US. Brazilian president Jair Bolsonaro too had requested India for the drug. In a briefing in Washington DC yesterday, Alice Wells, assistant secretary in the bureau for South and Central Asian affairs, had pointed out that “India has long been a significant partner of the US, and pharma sector constitutes one of our top imports from India in 2018. India is obviously one of the world's leaders in the supply of generic drugs, and it represents a significant portion of the precursor pharmaceuticals that supply the US market”. Wells underscored US expectations by saying, “We expect that kind of cooperation to continue as India analyses what it needs for its domestic market.” Apart from HCQ, the US is also in short supply of Personal Protection Equipment (PPE).

India had, on March 25, banned the export of hydroxychloroquine, though it allowed for pre-existing orders to be honoured. But, on April 4, it put a blanket ban on the export. Two days later, on April 6, the Directorate General of Foreign Trade under the commerce ministry lifted ban on 14 drugs. They were mainly antibiotics (tinidazole, metronidazole, erythromycin), progesterone and its formulations, and vitamins B1, B6, B12 and their formulations. It also decided to license paracetamol and HCQ on a regulated basis to neighbours and badly affected countries. The public announcement of the decision, however, was made by Srivastava only on Tuesday.

Trump's pressure was massive. He is known to take arbitrary steps in retaliation. Just within a month of his successful visit to India, the Centre would not want to jeopardise a bilateral that is being defined as the relationship of the century. Last year, India quietly buckled to US pressure and cut its imports of crude oil from Iran to zero. The US is now India's largest energy supplier. India is still hoping that the US will allow it to import the Russian S-400 anti-missile defence system. India and the US still have to iron out a lot of contentious trade issues, and any retaliation by Trump over a major Indian export, when things fall to normalcy, is not something India looks forward to.

Even otherwise, after Modi emerged as a pioneer in COVID-19 diplomacy, it would have been rather churlish to deny its resources to needy partners. Modi spearheaded a virtual COVID-19 summit with the SAARC nations on March 15, and had committed $10 million to the SAARC COVID-19 kitty.

The extraordinary virtual G20 summit, many countries said, was inspired by the SAARC initiative. PM Modi has emerged as one of the world leaders vocal on the issue that the international community needs to come together to fight the pandemic. Also, as the situation develops, there will be a lot of give and take among nations, not just during the pandemic, but also after, as economies stabilise.

On March 28, the US, though the US Agency for International Development (USAID), announced a $2.9 million support to India for COVID-19. India, which had stopped taking aid from other nations way back in 2005, changed its stance during the pandemic, and Modi had tasked envoys across the globe to seek funds for COVID-19 management.

HCQ, the drug at the centre of this diplomacy, is a derivative of chloroquine, a traditional malaria treatment compound, though it has also been used for the last two decades to alleviate symptoms of long-drawn auto-immune ailments like arthritis and lupus. The evidence for its efficacy in the treatment of COVID-19 is still sketchy, though it is being used as a prophylaxis (preventive medicine) in many countries including India, which recently cleared its use for health professional on the frontlines. An article in the medical journal Lancet said that China has found the drug could inhibit Sudden Acute Respiratory Syndrome (SARS) in vitro. A small study in France also showed some positive results. However, whether HCQ woks in vivo against viruses is not proven. In the Lancet report, virologist Douglas Richman said that HCQ, in several tests, had shown to not work at all against certain viruses like influenza, and he feared that it would be the same with SARS-COV-2—the COVID-19 causing virus.

Paracetamol is an analgesic and anti-pyretic, which means it is a pain reliever and brings down fever. It is one of the safest drugs in the pharmacopoeia, and it used in the management and treatment of a host of diseases and symptoms—body ache, cold, fevers, dental problems and even arthritis.  It will be used in symptomatic management of COVID-19.

In India, doctors at the Sawai Man Singh hospital in Jaipur had successfully used HCQ, along with a combination of other medicines and mechanical aid, to treat three elderly patients suffering from COVID-19. Two of them had severe co-morbidities. One later succumbed to the co-morbidity, though he had tested all clear for COVID-19 by then. Sudhir Bhandari, SMS medical college principal, had then told this reporter that, over the past eight years, the hospital had treated several cases of swine flu, which had many similarities to COVID-19. So, they used the drug HCQ, along with others, to treat the patients, and were pleased with their recovery. On March 23, ICMR recommended HCQ as preventive medicine for high-risk population.