Glasgow will host the meet next year; dates to be finalised later 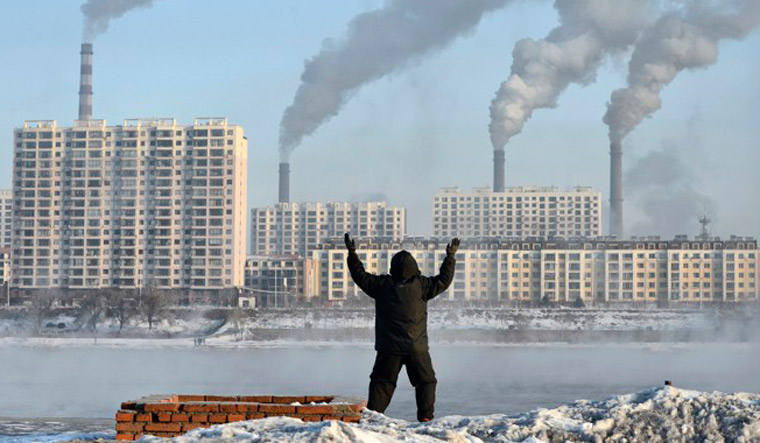 COVID-19 will give much food for thought at the next COP26 meeting, whenever it happens | Representative image / Reuters

The biggest climate summit in five years, the Conference of Parties 26 (COP 26), which was scheduled to be held in November in Glasgow, has been postponed due to COVID-19 pandemic. The rescheduled meet will be held next year in the same city; the dates will be finalised later.

“The decision has been taken by COP bureau of the United Nations Framework Convention on Climate Change (UNFCC) with the UK and its Italian partners, said a press statement from the United Nations Climate Change (UNCC) office. Apart from the main conference, where heads of various governments are usually expected to participate, the Pre-COP and Youth for Climate events have also been postponed.

“The world is currently facing an unprecedented global challenge and countries are rightly focusing their efforts on saving lives and fighting COVID- 19. That is why we have decided to reschedule COP 26,'' said Alok Sharma, COP 26 president and UK secretary of state for business, energy and industrial strategy.

UNCC executive secretary Patricia Espinosa added: “Soon, economies will restart. This is a chance for nations for recover better, to include the most vulnerable in those plans, and a chance to shape the 21st century economy in ways that are clean, green, healthy, just, safe and more resilient. In the meantime, we continue to support and to urge nations to significantly boost climate ambition in line with the Paris Agreement.''

It is reported that the Scottish government plans to convert the venue for the conference, the SEC arena, into a field hospital. The UK is one of the more severely affected countries by COVID-19 and is running short of supplies and beds.

Around 26,000 attendees were expected at this mega climate meet, the most important international negotiations on climate since the Paris Meet in 2015. While the COP meets every year for climate talks, every fifth year is the mega meet which sets the agenda for the next few years. The Paris meet was particularly significant from the Indian perspective, since Prime Minister Narendra Modi proposed the International Solar Alliance (ISA) there. Over the last half decade, the ISA, which is headquartered in Gurugram, has 121 countries as members, 81 of which have signed the Framework Agreement of the alliance.

India's Intended Nationally Determined Contributions (INDC) were also lauded for their scale of ambition as well as their doability. India pledged a 35 per cent cut in carbon emission intensity by 2030 and to achieve 40 per cent of its cumulative electric power requirements from non-fossil fuel based energy sources, mainly renewables. The climate meet nearly came to a standstill when the members were divided over the inclusion of two words--historical responsibility--which advocated that the developed world, which had a two-century lead in polluting the world, should contribute more (in terms of technology and finances, for instance) in keeping global temperatures from rising more than two degrees celsius since the pre-industry age.

India, which was prevailed upon by both Barack Obama, then US president, and Francois Hollande, president of host country, France, stepped back from its demand. India was a big champion of the “historical responsibility” ideology. Subsequently, however, Donald Trump, who succeeded Obama, simply walked out of the Paris Deal.

COVID- 19, however, will give much more food for thought at the next meeting, whenever it happens. The pandemic has clearly pointed towards how zoonotic diseases jump host due to climate stress. Several researchers have created apocalyptic scenarios of the kind of microbes that could be unlocked as snows and glaciers melt. The global lockdowns have also shown something else--in the absence of regular human activity, the air is cleaner, the water less polluted, and the wild fauna get to reclaim spaces that they slunk away from. Across the world, people have sighted urban fauna, and sometimes even animals from nearby forests, step into streets now clear of humans and their vehicles.