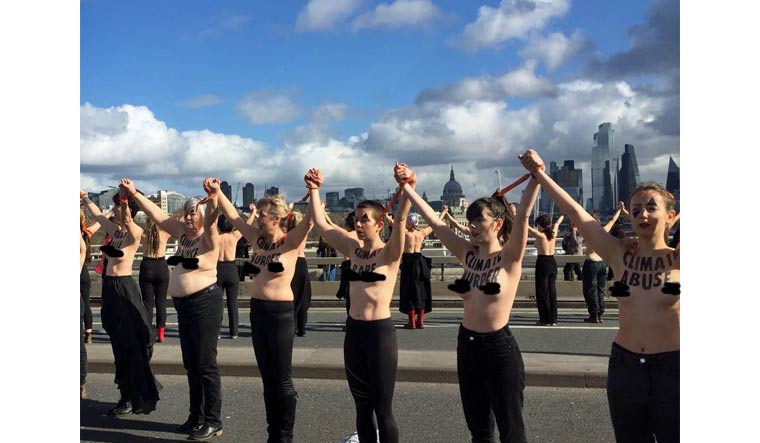 Waterloo Bridge in London was blocked by 31 topless women from the Extinction Rebellion movement on International Women's Day.

The women formed a chain across the bridge braving chilly pre-spring weather in London to highlight the 'disproportionate impact of the climate and ecological emergency on women'.

People taking the route were warned to expect delays due to the protest.

Extinction Rebellion is a global environmental movement that aims in using non-violent civil disobedience to compel authorities to act to avoid tipping points in the climate system that could lead to ecological collapse. The movement was founded in May 2018.

The protesters had painted slogans like “climate rape” and “climate murder” on their chests. The group who gathered at around 11 am, chose the Waterloo Bridge because a lot of welders, stonemasons and labourers, who worked towards building the World War II bridge were women.

One of the protesters, told 'The Metro', a local website, “It’s mainly women in poorer countries in the global south that are experiencing the increase in violence but this will be the reality for all women if the climate and the ecological crisis continues to go unaddressed.”