US welcomes Pak action of holding LeT accountable for its crimes 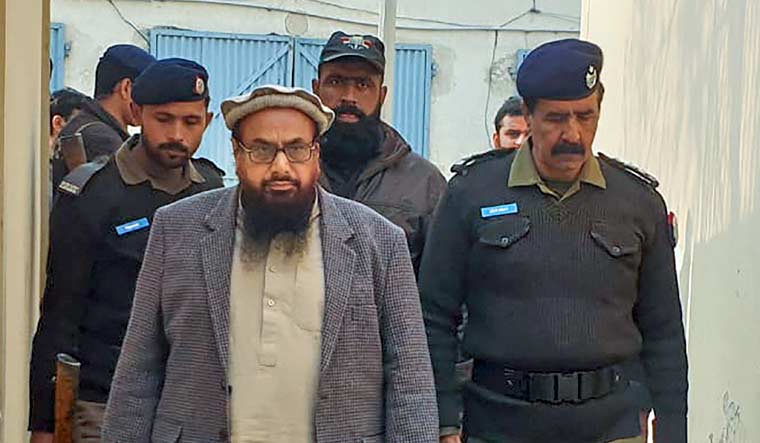 The US says the conviction of Mumbai attack mastermind Hafiz Saeed is an important step for Pakistan in meeting global commitments to combat terror financing and has welcomed the step that holds the LeT accountable for its crimes.

The statement of a top State Department official came after Saeed, a UN-designated terrorist whom the US has placed a $10 million bounty on, was sentenced to 11 years in two terror financing cases on Wednesday, four days ahead of a crucial meeting of the Financial Action Task Force (FATF) in Paris where Pakistan will present its case to escape from being blacklisted. The bounty was promised for information that could lead to bringing Saeed to justice.

The US had named Saeed as a Specially Designated Global Terrorist, and the US, since 2012, has He was listed as a terrorist under the UN Security Council Resolution 1267 in December 2008.

The FATF is backed by the UN Security Council passed resolutions which made its recommendations binding and in case of deficiencies, sanctions could be imposed.

Saeed-led JuD (Jamaat-ud-Dawa) is the front organisation for the LeT which is responsible for carrying out the 2008 Mumbai attack that killed 166 people, including six Americans.

According to Acting Assistant Secretary of State for South and Central Asia Alice G Wells, Pakistan Prime Minister Imran Khan has said it is in the interest of his country's future that it does not allow non-state actors to operate from its soil.

She tweeted, “Today's conviction of Hafiz Saeed and his associate is an important step forward both towards holding LeT accountable for its crimes and for Pakistan in meeting its international commitments to combat terrorist financing”.

Anti-terrorism court Judge Arshad Hussain Bhutta sentenced Saeed and his close aide Zafar Iqbal to five and a half years each and imposed a fine of Rs 15,000 in each case. A total of 11 years sentence will run concurrently.

The crackdown on Saeed's outfit last year followed a warning by the international terror financing watchdog to Pakistan to deliver on its commitments to curb terror financing and money laundering.

The FATF in October last decided to keep Pakistan on its 'Grey List' for its failure to curb funnelling of funds to terror groups like Lashkar-e-Taiba and Jaish-e-Mohammad.

If not removed off the list by April, Pakistan may move to a blacklist of countries that face severe economic sanctions, such as Iran.