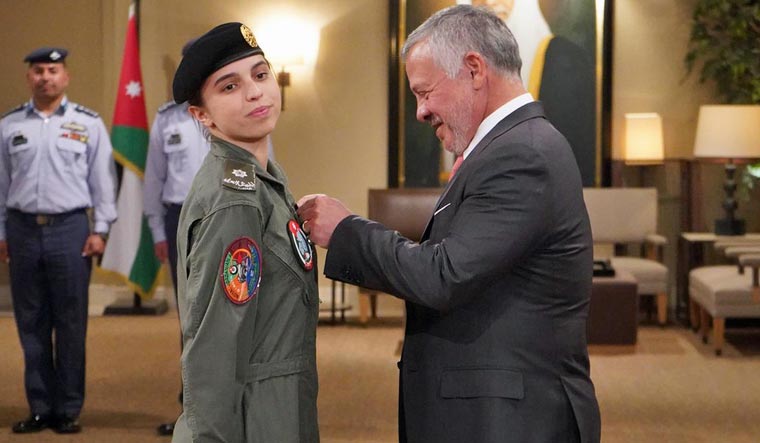 “I want to be a princess when I grow up” gets a whole new meaning for girls around the world today. Princess Salma is the first woman to receive her wings from the Royal Jordanian Air Force,” wrote a Twitter user on Thursday.

Princess Salma, daughter of King Abdullah II made history by becoming the first Jordanian woman to complete preliminary pilot training on fixed-wing aircraft, as per a statement from the Royal Hashemite Court.

The 19-year-old was presented with her wings by her father and ruler of the state, King Abdullah II in a ceremony at Amman’s Al Husseiniya Palace. Princess Salma, the third child of King Abdullah completed pilot training with the Jordan Armed Forces.

She passed both theoretical and practical training and was honoured by her father, the Supreme Commander of the Jordan Armed Forces.

Her mother Queen Rania Abdullah and brother, Crown Prince Hussein Bin Abdullah II, were also present at the ceremony. The Crown Prince took to Instagram to congratulate his sister, he wrote: “Brilliant and hard-working as always! Congrats on receiving your wings and here’s to more success and achievements.”

The 19-year-old royal completed a short commissioning course at the Royal Military Academy Sandhurst in November last year. The school also boasts British Princes William and Harry among its alumni.

Salma followed in the footsteps of her father and older brother — both Sandhurst graduates — as well as her grandfather, King Hussein.