How the OIC has handled the Kashmir issue and India's membership

Saudi Arabia has played a balancing act with the OIC, India and Pakistan 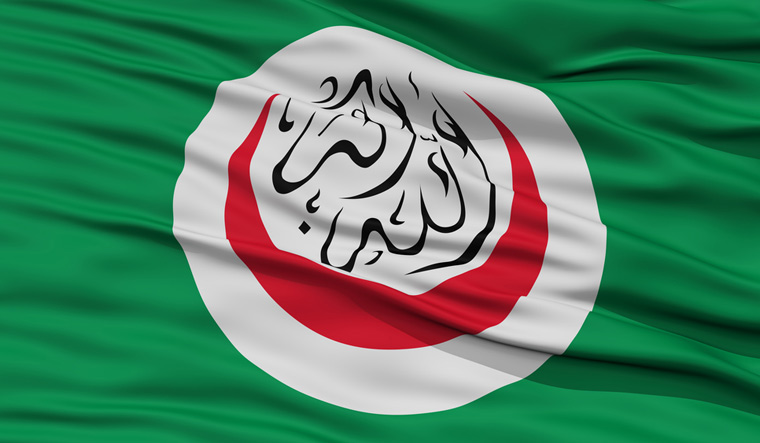 Flag of the Organisation of Islamic Cooperation | Shutterstock

On December 27, reports from Pakistani media stated that Saudi Arabia had, on Pakistan’s prodding, agreed to convene a session of the Organisation of Islamic Cooperation (OIC) on the contentious topic of Kashmir.

The news, reported by Dawn and based on “diplomatic sources”, comes after Pakistan pulled out of a meeting of Islamic nations in Malaysia—a move largely seen as acquiescing to Saudi Arabian concerns that a new Islamic bloc was forming to counter the OIC, largely dominated by Gulf countries.

The OIC is a 57-member grouping of Muslim majority nations, including Pakistan. The body has usually been supportive of Pakistan and often sided with Islamabad on the Kashmir issue.

Pakistan’s Foreign Ministry issued a statement of December 26 after the visit of Saudi Foreign Minister Prince Faisal bin Farhan Al Saud. Prince Faisal met his Pakistani counterpart, Shah Mehmood Qureshi. Qureshi said he had highlighted the situation in Kashmir following India’s revocation of Article 370 on August 5, and also raised the Indian government’s actions regarding the Citizenship (Amendment) Bill and National Register of Citizens, alleging that the country was systematically targeting minorities and Muslims in particular.

According to the statement, the two foreign ministers discussed OIC’s role “in the advancement of the cause of Kashmir.” In a statement to the press on Sunday, Qureshi said he had received a positive response to the idea of OIC ministers convening on the Indian issue.

While Radio Pakistan reported that such a meeting could take place in April, this would not be the first time that the OIC has taken a stance against India. Following the abrogation of Kashmir, the OIC condemned the decision.

At the same time, the OIC made history in March this year by inviting then external affairs minister Sushma Swaraj to attend the inaugural plenary of this year’s meetings, despite Pakistan’s objections. The meeting came a month after Saudi Crown Prince Muhammad bin Salman visited India.

India, with the world’s third-largest Muslim population, has long been considered a possible candidate for OIC membership. At the very first Islamic Summit in 1969, India was to be invited, but Pakistan's threat to boycott the summit axed the plan.

Since then, Pakistan has largely used OIC as a tool to criticise India. Notwithstanding this, India’s friends in the group have used it to counter overtly-damaging moves. In 1994, Iran axed a move by the OIC to table a resolution at the UN against India. Iran has welcomed India's inclusion in the grouping, as has Saudi Arabia.

In 2006, King Abdullah called for India to be granted observer status at the OIC, similar to what Russia has, and that Pakistan should itself suggest India’s inclusion. Pakistan strongly opposed the move, stating that OIC rules prevent the inclusion of member states which are currently at conflict with one another.

Over the years, Pakistan’s efforts within the OIC have led to the organisation issuing numerous statements calling for the “self-determination” of the Kashmiri people through a UN-organised plebiscite. India, in turn, has consistently rejected outside interference in Kashmir.

The OIC has used harsh language to describe India’s actions on Kashmir. In December 2018, the OIC termed the deaths of Kashmiri civilians from an encounter in Pulwama as a “terrorist act” by India.

By contrast, Saudi Arabia has taken a milder position, refraining from commenting on or condemning India's actions on Kashmir and subtly backing India's position that Kashmir is an internal matter.

India’s inclusion as a member-state would require consensus by the OIC’s members. With Pakistan likely to block this at every stage, an Indian role in the grouping is unlikely in the short term.

While more anti-India resolutions and statements are likely from the OIC, signs of rapprochement continue in the form of India’s growing engagement with the Gulf states, with symbolic gestures like Sushma Swaraj’s address to the grouping. The decision by state-owned Saudi Aramco to invest billions in Reliance Industries adds to the links between India and Saudi Arabia—arguably OIC’s most influential member.

How Saudi Arabia navigates its ties with both India and Pakistan will reflect on the future of the OIC’s position on India.  There is always a give-and-take in relations with the kingdom—Pakistan's reward for boycotting the Malaysia meeting may well be this OIC meeting on Kashmir. With India likely to react negatively to any such meeting, how Saudi Arabia appeases India in response will remain to be seen.