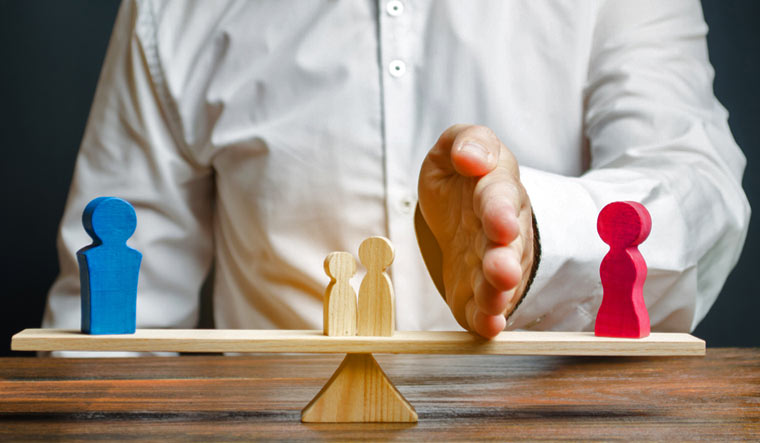 On December 23, Saudi Arabia’s Justice Ministry on Monday issued a memorandum to courts and marriage officials (Maazouns) to refrain from concluding marriages for those under the age of 18.

Issued by Justice Minister Dr Walid bin Mohammed Al-Samaani, the instructions were for courts and officials to refer all such cases to the competent courts in accordance with the Child Protection Law. The law, introduced in 2014, has a provision that states “Before the conclusion of the marriage contract, it is necessary to ensure that a person marrying under the age of 18 will not be harmed, whether male or female.”

While not banning marriages below 18 entirely, it adds another step to the process. Now, such marriages will need the approval of a specialised court, which must determine whether the marriage would harm the minors in question and if it is in their best interests.

In January, the Kingdom’s advisory Shoura Council approved a ban on the marriage of minors, male or female, below the age of 15. As per its stipulations, marriages of those below the age of 18 would need permission from a specialised court. While hailed as a great step forward many years in the making, the stipulations still leave room for abuse—the deputy director of international NGO 'Girls Not Brides' told Reuters that girls could still be at risk of being forced into marriage if their parents persuaded a court to agree to it.

Arab News reported that matchmakers found violating the law would be "held accountable" and "referred to the ministry for necessary legal action". Also, while eariler there was no minimum legal age for marriage, now, this has been set at 18.

According to the 'Girls Not Brides', globally, one in five girls is married before the age of 18. A report by Pew Research in 2016 found that 117 countries around the world had legalised some form of child marriage through exemptions in their minimum age requirements.

The move is part of the kingdom’s efforts towards its Vision 2030 goals, as it legislates reforms aimed at keeping the kingdom in line with its international treaties and a new, modernised image, as it seeks to advance from an oil-economy to a diversified one.

Saudi Arabia has ratified the UN Convention on the Rights of the Child (UNCRC), as well as two optional protocols on protecting children from being recruited into an armed conflict and on prohibiting child slavery, prostitution and pornography. The United States is the only country not to have ratified the UNCRC.

Other reforms of note include those over the guardianship system that required women to seek male permission to marry, work or travel was still under place. This system was partially rolled-back in August, allowing women to travel without permission. In October, the kingdom cleared the way for women to join the armed forces.