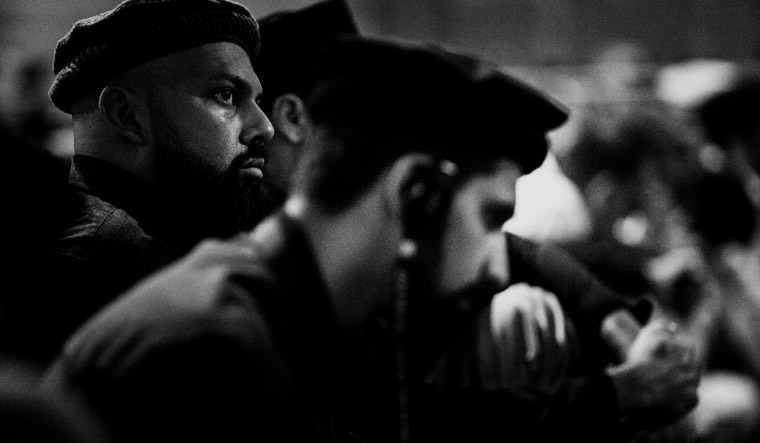 The Ahmadiyyas are a tiny, peaceful community of about 5 million in Pakistan (which has a total population of over 200 million) who have been treated barbarically by religious extremists since long, the way the Jews were treated in Nazi Germany.

The whole world celebrated Human Rights Day on December 10, and on this occasion, Pakistan Minister for Human Rights Shireen Mazari waxed eloquent in a hypocritical statement about how Pakistan is committed to upholding human rights. Mazari mentioned about how the government was taking up the issue of human rights violation of Kashmiris and Muslims in Europe in international fora.

But her hypocrisy was revealed when she did not say a word about the horrendous, genocidal treatment of Ahmadiyyas in Pakistan. Are Ahmadiyyas not human beings? And if they are, are they not entitled to human rights?

I myself have repeatedly condemned atrocities on Kashmiris by Indian security forces, as I believe no one should be persecuted. I have condemned lynching of Muslims in India by cow vigilantes, but what about the atrocities on Ahmadiyyas in Pakistan?

Ahmadiyyas were declared non-Muslims by a constitutional amendment in 1974 at the instance of Zulfiqar Ali Bhutto, who posed as being a great champion of the poor and oppressed—which was just hypocrisy. The tyrant general Zia-ul-Haq issued Ordinance XX in 1984, making it a crime for Ahmadiyyas to 'pose' as Muslims or call their place of worship a masjid or call the Ahmadiyyas to prayers by azaan. Ahmadiyyas were forbidden to recite Quranic verses or exchange Islamic greetings publicly or gather on Eid.

Persecution of Ahmadiyyas had started soon after the creation of Pakistan. In riots in 1953, hundreds of Ahmadiyyas were massacred; the same was repeated in 1974.

But the persecution of Ahmadiyyas picked up momentum under Zia's rule. There have been several massacres of Ahmadiyyas; for example, an attack in Lahore on their place of worship in 2010 in which about one hundred people were killed.

In fact, murders of Ahmadiyyas (often in a ghastly manner e.g., by stoning them to death) have been an almost annual feature in Pakistan for decades, with the police being bystanders or even collaborators. They have been barbarically treated, their places of worship vandalised and burnt down, their children harassed, their students victimised, and they were humiliated in various ways for example, by making them state in their passport application that Mirza Ghulam Ahmed, the founder of the Ahmadiyya sect, was an imposter and they were non-Muslims.

And what was the 'crime' of the Ahmadiyyas? That they do not regard Prophet Mohammad as the last prophet (which mainstream Muslims believe), while still calling themselves Muslims.

I am not going into the question of whether Ahmadiyyas regard Prophet Mohammad as the last prophet or not (some regard Mirza Ghulam Ahmed as a mahdi or redeemer, not a prophet). But assuming Ahmadiyyas do assert that Mirza Ghulam Ahmed was indeed another prophet, are they cutting off anyone's head? Are they chopping off anyone's limbs? Everyone should be free to believe what he/she wants. That is what Mohammad Ali Jinnah, who is regarded as the founder of Pakistan, said in his speech of August 11, 1947, before the birth of the country.

And why should Ahmadiyyas not have a right to call themselves Muslims or call their place of worship a masjid? If they do so, are they cutting off anyone's head? Are they chopping off anyone's limbs? If other Muslims don't like Ahmadiyyas, they need not associate with them or go to the Ahmadiyyas' place of worship, but why should they persecute the sect? To my mind, such persecution is 'gundagardi' and barbarism.

The present Prime Minister of Pakistan, Imran Khan, who poses to be liberal and modern, being educated in Oxford, had shamelessly hobnobbed with religious bigots like the Tehreek-e-Labayat during his election campaign to get votes, and spoke against Ahmadiyyas. He gave a PTI ticket to Amir Liaquat, a notorious figure, who anchored a TV programme in which venom was spouted against Ahmadiyyas, resulting in killings of many of them.

Soon after Imran was sworn in as prime minister, an Ahmadiyya place of worship was burnt down. He also forced out of the Pakistan Economic Advisory Council Atif Mian, a world-renowned economist from Princeton University, only because he was an Ahmadiyya (an act for which even his ex-wife, Jemima, condemned him).

Ahmadiyyas have played an outstanding role in Pakistan. The first president of the UN General Assembly, Zafrullah Khan, was an Ahmadiyya, and so was Nobel Laureate Dr. Abdus Salam. But Abdus Salam's grave was desecrated because it had Quranic verses written on it, as were many other graves of Ahmadiyyas.

In my opinion the United Nations must now intervene, as it did in Bosnia, to prevent a forthcoming Holocaust of Ahmadiyyas, as it happened to Jews in Nazi Germany.