Did a well-placed mole lead to IS leader Baghdadi's death? 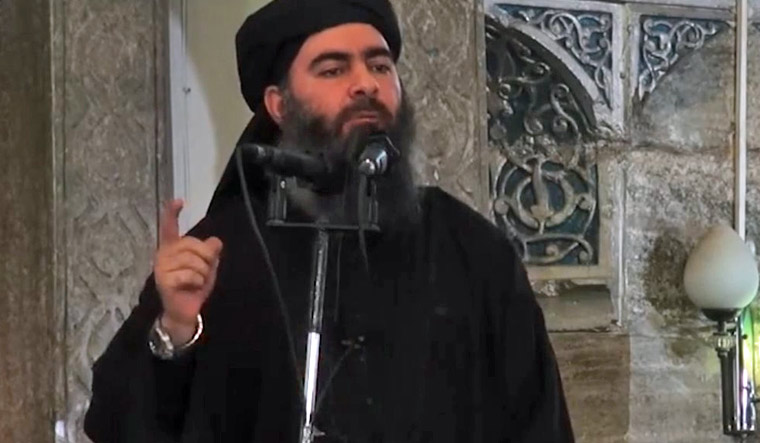 It was a well-place informant inside Islamic State, an informant who helped US commandos zero-in on the group's head Abu Bakr al-Baghdadi. The informant kept US operatives informed of the IS leaders movements and even oversaw work of his safe house in Syria.

The informant was present during the assault on Baghdadi’s compound in the Syrian province of Idlib, and he was ex-filtrated from the region two days later, reports the Washington Post.

According to US officials, the source, who said he is a Sunni Arab, is expected to receive some or all of the $US25 million bounty that had been placed on Baghdadi's head by the US. The defector was created, according to sources, as an asset by the Syrian Democratic Forces, who then handed control of the agent to US intelligence operatives. The US operatives then vetted the source for weeks before they made sure he was genuine. US officials have been receiving information from inside the camp since summer, but, had the opportunity to act on the same only in the past month.

SDF leader General Mazloum Abdi told NBC News on Monday that one of his organisation's informants had helped lead the Americans to Baghdadi's compound, and said personal items, including underwear, were taken from the compound for DNA testing to confirm Baghdadi's presence in the building.

Army General Mark Milley, the chairman of the Joint Chiefs of Staff, when asked on Monday whether someone affiliated with the SDF was directly involved in the raid said, "I'm not going to comment on what may or may not have happened with the SDF on the objective," he said. "The actions on the objective, the aircraft coming in, the aircraft overhead and the soldiers conducting the assault, was a US-only operation."

Neither the Pentagon nor the White House has officially commented on the existence of an informant.

According to an official, the source was a facilitator and logistics aide. He was so trusted that he would sometimes escort Baghdadi's family members to get medical care. Baghdadi detonated his suicide belt after one of the US team's military dogs charged him. Two of his wives and three of his children were killed in the operation. His head, however, was intact even after the explosion

Why IS is maintaining silence after Baghdadi's death

The outfit, however, has been maintaining silence after the death of Baghdadi, suggesting a breakdown in the command structure of the Sunni militant group trying to agree on a successor. There has been no official statement or mourning on Baghdadi on Islamic State's official Telegram channel.

It was days before al Qaeda, another Sunni militant group following a similar ideology, confirmed the killing of Osama bin Laden in a US raid in 2011 and six before a successor to the outfit was announced.

Hajj Abdullah, a deputy of Baghdadi, was his likely successor, provided he was still alive. However, reports of whether or not Baghdadi was still alive after the Islamic State lost its last significant territory in Syria in March itself is conflicted as the group since then, resorted to hit-and-run guerrilla tactics. His last audio message was in September.

Social media platforms such as Twitter are now quicker at deleting accounts linked to militants, while several Arab countries have stepped up online surveillance.

According to Aymenn al-Tamimi, a researcher at Swansea University, there was not much mourning as many militant supporters were glad to see Baghdadi dead as he had in their view damaged the jihad project by his group's cruelty by meting out punishments such as amputations of legs and hands. Hayat Tahrir al-Sham, the Sunni group formerly known as the Nusra Front and which dominates Idlib in northwestern Syria where Baghdadi was killed, however, praised his death.