The US Congress move is sure to anger Turkey 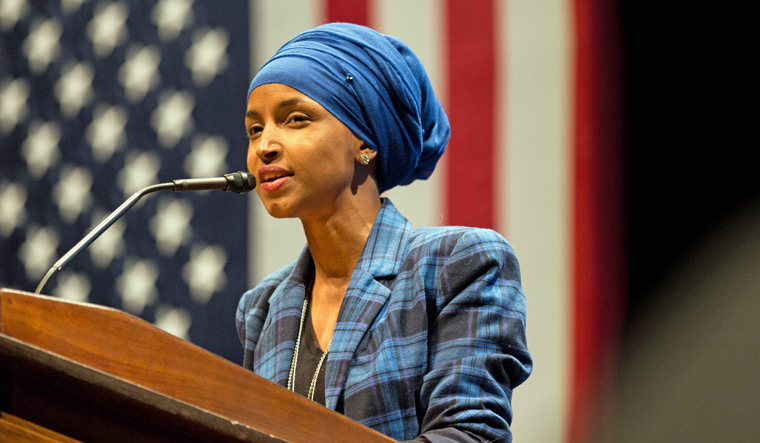 The US House of Representatives took the historic step on Tuesday of passing a resolution officially recognizing the "Armenian genocide," a move sure to anger Turkey amid already-heightened tensions with Washington.

Cheers and applause erupted when the chamber voted 405 to 11 in support of the symbolic resolution "affirming the United States record on the Armenian genocide", a first for the US Congress, where similar measures with such direct language have been introduced for decades but never passed.

House Speaker Nancy Pelosi said she was honored to join her colleagues "in solemn remembrance of one of the great atrocities of the 20th century: the systematic murder of more than 1.5 million Armenian men, women and children by the Ottoman Empire."

However, Democrat Congresswoman Ilhan Omar voted present on the resolution, later stating to CNN, according to reports, speaking of "academic consensus outside the push and pull of geopolitics". "A true acknowledgement of historical crimes against humanity must include both the heinous genocides of the 20th century, along with earlier mass slaughters like the transatlantic slave trade and Native American genocide, which took the lives of hundreds of millions of indigenous people in this country,” she stated.

The Armenians say the mass killings of their people from 1915 to 1917 amounted to genocide, a claim recognized by some 30 countries. Turkey strongly denies the accusation of genocide.

But Pelosi, the top Democrat in Congress, delivered bold remarks to the House, saying the truth of the "staggering crime" has been denied too often.

"Today, let us clearly state the facts on the floor of this House to be etched forever into the Congressional Record: the barbarism committed against the Armenian people was a genocide."

The House measure passed three weeks after Turkey invaded northeastern Syria and launched a broad assault on Kurdish-controlled areas that was made possible by the withdrawal of US troops.

Angry US lawmakers launched a one-two punch rebuking Turkey, with the genocide measure passing alongside a bill that slaps sanctions on Turkey for its incursion.

That bipartisan measure imposes sanctions on senior Turkish officials involved in the decision to launch the invasion and a Turkish bank with ties to President Recep Tayyip Erdogan, and requires the Trump Administration to penalize Turkey's procurement of a Russian-made missile-defense system.

Former vice president Joe Biden, a 2020 Democratic White House hopeful, welcomed the Armenia vote, tweeting that "by acknowledging this genocide we honor the memory of its victims and vow: never again."

It was also welcomed outside the political realm. US television reality star Kim Kardashian, who has Armenian ancestry, tweeted about the vote to her 62 million followers.

"This is personal for me, and millions of Armenians who descended from genocide survivors," she said.