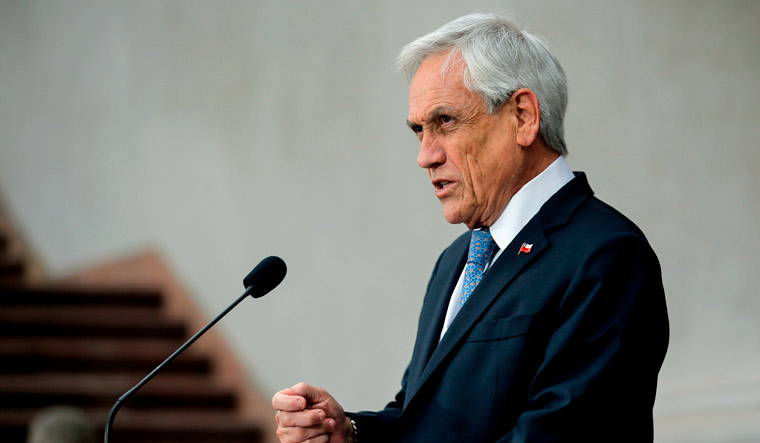 Chile's President Sebastian Pinera said, "I have declared a state of emergency and, to that end, I have appointed Major General Javier Iturriaga del Campo as head of national defence, in accordance with the provisions of our state of emergency legislation."

He also gave the military responsibility for security after a day of violent protests over increases in the price of metro tickets.

Following violent attacks on subway stations on Friday, the metro, a key form of transport was closed. Closure of the metro forced many Santiago residents to walk home, sometimes long distances, resulting in scenes of chaos. The metro transports three million passengers in the congested capital city each day.

The unrest began as a result of a hike in metro ticket prices, which increased from 800 to 830 peso ($1.17) for peak hour travel. The prices had risen by 20 pesos in January.

Transport Minister Gloria Hutt said that the price increase will not be reversed.

The Santiago Metro, at 140 kilometres (90 miles) is also the largest and most modern in South America.

Protestors erected barricades in various parts of the city and clashed with police, who used water cannon and tear gas in the most violent street battle seen in the Chilean capital for a long time. Pinera slammed the protesters as criminals.

According to Enel Chile, a subsidiary of Italian utility Enel, vandals had set fire to the company's high-rise corporate headquarters in the city centre. Several metro stations hit with Molotov cocktails.

"The entire network is closed due to riots and destruction that prevent the minimum security conditions for passengers and workers," the metro operator said on Twitter, after attacks against nearly all the 164 stations where many gates and turnstiles were destroyed. The metro service is expected to remain closed this weekend and could reopen gradually next week.

The current protests did not emerge only from a rise in metro ticket prices. They stem from discontent due to the increase in the cost of living, specifically the costs of healthcare, education and public services. The Chilean student federation has called for a nationwide strike on Monday

"This desire to break everything is not a protest, it's criminal," he said in a radio interview.